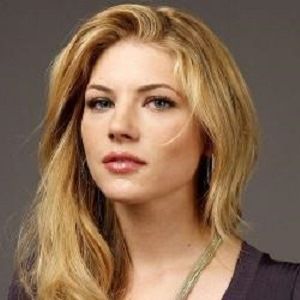 The Norse way of speaking, no one really knew what the Vikings sounded liked, they were Norsemen. The accent is really a combination of a Scandinavian accent, maybe with a Swedish accent and an old way of speaking

When I was growing up, there were times I had to compete against boys in tae kwon do, and I'd show them right away that I wasn't someone to mess with

I was told this is a male-dominated network and the male demographic is stronger than female. This is a show about Vikings and you are just the wife. I remember thinking that was not the way I was going to play it.

On talking about her relationship, she hooked up with Nick Loeb. Currently, she is single.

There were rumors of her dating her co-star, Travis Fimmel as well. As the both were often seen hanging out together in the public places. However, there was so confirmation from both the sides and the rumor turned out to be false.

Who is Katheryn Winnick?

Katheryn was born in Etobicoke, Ontario, Canada on December 17, 1977, to parents Roman Winnicki and Lesia Winnicki, she was raised in a very well-mannered by her parents along with her siblings.

She has three siblings in her family. In addition, she has two brothers named Marjan and Adam and she has one sister named Daria. She belongs to Canadian nationality and Ukrainian ethnicity. Her birth sign is Sagittarius.

At the age of 7, she took martial arts classes and became a black belt holder when she was 13 years of age.

Talking about her education and academic achievements, she attended Richview Collegiate Institute. Then, she attended York University.

On talking about her profession, Katheryn Winnick first appeared in the recurring role of Holly Benson in the 1999 drama ‘Student Bodies’. Then, she did the movies ‘Biohazardous’ and ‘Two Weeks Notice’. During 2003, she also appeared in an episode of ‘Oz’, ‘Wild Card’, and ‘10-8: Officers on Duty’ respectively.

On the same year, she also played the role of Julie in the flick ‘What Alice Found’. Soon after this, the actress was cast in the dramas ‘CSI: Miami’ and ‘1-800-Missing’ as well as in the movies ‘50 First Dates’, ‘Satan’s Little Helper’ and ‘Going the Distance’.

Whereas, she had a role in the film ‘Hellraiser: Hellworld’. Likewise, in the year 2006, she also got featured in the movies ‘Cloud 9’ and ‘Failure to Launch’. In the same year, she also appeared in the television movie ‘13 Graves’. On the following year, she did the TV movies ‘Tipping Point’ and ‘Law Dogs’. Then she also acted in the films ‘Amusement’ and ‘Cold Souls’.

Moreover, she also appeared in a few movies namely ‘Radio Free Albemuth’, ‘Choose’, ‘Killers’ and ‘Love & Other Drugs’ in 2010.  During 2013, she also joined the team of ‘Vikings’ as Lagertha. In fact, she also got featured in an episode of ’Person of Interest’. Therefore, she also appeared in the short film ‘Stripped’ and the film ‘The Dark Tower’.

Katheryn has not revealed his current salary. However, she has an estimated net worth of around $ 1 million at present.

There was a rumor that she left the drama series, Vikings. The rumors spread because she shared in her social media handle the pictures of her with the other cast and crew.

On talking about her body measurements, Katheryn Winnick has a height of 5 feet 6 inches. Additionally, she weighs is 55Kg. Whereas, she has a measurement of 34-24-34 inches respectively.