Kida got recognized for his Instagram dance videos of popular hip-hop dance. 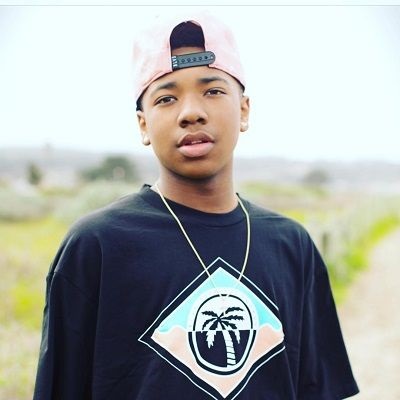 Kida Burns is currently single and is focusing on his career. He loves to spend time with his family and friends.

Who is Kida Burns?

Kida Burns is an American hip-hop dancer and actor. Kida got recognized for his Instagram dance videos of popular hip-hop dance.

In the thirteenth season of So, You Think You Can Dance: Next Generation he was crowned ‘America’s Favorite Dancer‘.

Kida Burns was born in California, America on April 8, 2002. His full name is Leon Kida Burns and holds All-American ethnicity.

His father’s name is Leon Burns, Sr. and his mother’s name is Tanisha Hunter. Burns’s father died from complications of Influenza A virus subtype H1N1.

He has six siblings, two brothers, and four sisters, all of whom love to dance. When he was 4, he starts learning from his elder brother Shaheem Sanchez Burns.

Kida Burns began training at Chapkis Dance Studio in Suisun City, California at age of 11. Burns posted a video showing him dancing with the crew ‘The Art of Teknique‘ which was reposted by rappers, Ludacris and Tyrese. After this video popularity, he and his crew landed on The Ellen DeGeneres Show.

Burns caught the attention of ‘So You Think You Can Dance producers after he performed solo on The Queen Latifa Show and The Rachel Ray Show in 2015. He also appeared in the movie ‘The Battlefield America’.

In 2016, he was voted American Favorite Dancer and claimed the grand prize of $250,000. Burns appeared and choreographed in Justin Bieber‘s music video ‘Come Around Me‘ in 2020.

Kida is active in dancing since his younger days. His estimated yearly earning from YouTube is $2.8K to $44.7K.

According to some sources, his estimated net worth is $1 million.

There are no rumors and controversy about this young hip-pop dancer. He is doing well in his career.

Kida Burns has dark brown eyes and black hair. He has decent height and weight for a teenager.

Likely, Burns has his own YouTube channel named Kida The Great which has 387 K subscribers.

You may also read the age, parents, professional career, net worth, rumors and controversy, body measurements, and social media of Flo Milli(Rapper), Murs(Nicholas Carter)- Rapper and Gift of Gab(rapper).