Posted on June 29, 2020 | In controversy , Interesting Facts , Wellness
Share this 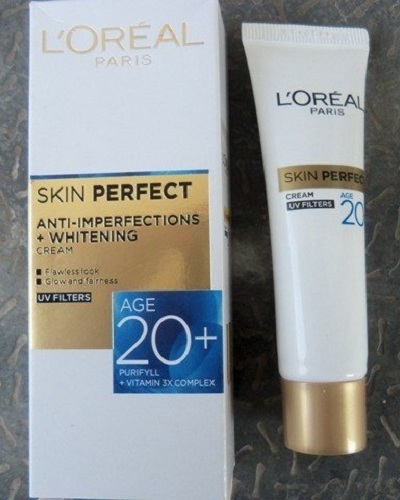 The ongoing racial equality protests following the death of George Floyd has also involved the beauty industry. As a result, the famous celebrity beauty product house L’Oreal had made a decision to remove the word ‘Whitening’  and ‘Lightening’ from its skin-lightening products.

L’Oreal and its race-friendly decision

French cosmetics company L’Oreal has a number of beauty products for the skin which the company claims to assist in lightening the skin color. But now following the nationwide racial equality protests after George Floyd’s brutal death at the hands of a white police officer, these products are facing the heat and wrath of the protesters. They are demanding removal of words such as whitening and lightening from the labels of these products.

Therefore, the company management  reached a consensus to remove the term from its skin products. They issued a statement which read:

“The L’Oreal Group has decided to remove the words white/whitening, fair/fairness, light/lightening from all its skin evening products,”

More about the company’s move

L’Oreal is one of the companies which opted to join the protesters and express their solidarity to the movement which has shook the USA now. The beauty giants are now united against the racial stereotypes. The company’s skin brightening are extremely popular. Their buyers are mainly from Asia, Africa, and the Caribbean Islands. They have darker skin and white skin is a desirability in them.

The pro-racial equality move of the company follows that from Unilever brand. The latter  announced recently that it is would consider to change the name of its hot-selling product Fair and Lovely.

Furthermore, Johnson & Johnson has also promised to halt some of their Neutrogena and Clean & Clear products. These are basically advertised as dark-spot reducers in countries of Asia and the Middle East.

More on Fair and Lovely beauty cream for skin

Fair and Lovely cream is extremely popular in Asia especially in India. Yahoo reports that last year, the company got a revenue of $500 million in India alone. Time and again, the company faced a backlash from activists who felt that the advertisements of the company are unethical and against the dark-skinned individuals especially females. But the company did not heed much to their voices.

Now, Unilever said that they are working to see how their branding and terminology is favoring racial stereotypes. There is some internal arguments and discussions ongoing on this new movement.

“We are fully committed to having a global portfolio of skincare brands that is inclusive and cares for all skin tones, celebrating greater diversity of beauty,”

“We recognize that the use of the words ‘fair’, ‘white’ and ‘light’ suggest a singular ideal of beauty that we don’t think is right, and we want to address this.”

Despite all the various advertisements and people understanding, the company continues to claim that their product was not and is not a skin bleaching product. Maybe the company like in the past wants to do some mere lip service and continue with the obvious racism and name of the brand!