Motoki Maxted is an American actor and social media star.

Motoki Maxted’s relationship status is possibly single. He has not shared any details regarding his affair or girlfriend yet. 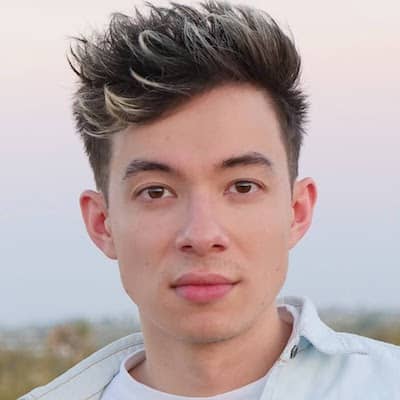 Who is Motoki Maxted?

His upcoming movies AMP House and Russell Broken are under the post-production stage. In addition, he created an app for influencers in 2017 called CoProduce.

His birthdate is 1996 Dec 03 and he was born in Akron, Ohio, the United States. The name of his mother and his father is hidden from the public.

Motoki’s ancestry is Asian and has an older sister.

As per the academics, he completed his B.A. in Film & TV Production from Loyola Marymount University. Prior, he was enrolled at Wauseon High School from 2011 till 2015.

Motoki Maxted as an actor has first appeared in a TV series for three episodes of Seven Bucks Digital Studios as Tyler/Cypher.

He then again did three episodes of Millennials: The Musical (2016). In the year 2017, he did two short films titled Real Friends Stalk and Do Not Go Gentle.

But his fame increased after appearing in Just Another Nice Guy as Derek, Attaway Appeal as Simon, and Starter Pack as Tadashi. His other acting credits are,

From the reports of 2021, his estimated net worth is around $500k US. The yearly salary of this actor is difficult to calculate.

This Into the Dark actor is keeping himself away from rumors and desperate scandals.

Motoki Maxted’s height is 5 ft 9 inches and his body weight is 72 kg. In addition, he has dark brown eyes, and his hair is in dark brown color.

Motoki is officially available on social sites. He has Facebook and Instagram accounts with over 4M and 398k followers respectively.