Nicci Gilbert is known for being the former lead vocalist/popstar of an American female R&B girl-group Brownstone.

Nicci Gilbert is married to Leonard Marc Daniels. They walked on their aisle in 2010 and have been in a union for the last 11 years. The couple together has a daughter namely Brandy Lynn.

Not only that, they worked together on NoEgo Entertainment which is a boutique entertainment company led by the couple that creates, produces television, films, documentaries for domestic and international distribution. 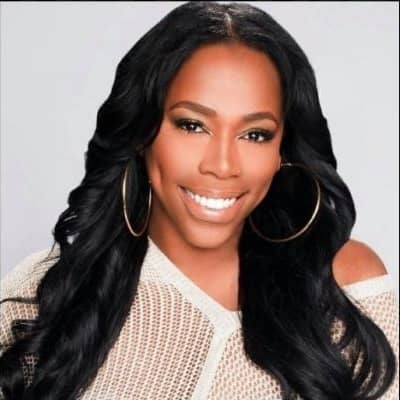 I am Nicci Gilbert Daniels, the writer, performer, producer, and advocate for women and girls in underserved communities.

Who is Nicci Gilbert?

Nicci Gilbert is particularly known for being the former lead vocalist/popstar of an American female R&B girl-group Brownstone. Not limiting herself to singing, Nicci Gilbert is an actress and a business tycoon as well.  Also, she refers to herself as a lightworker, someone who helps to mutate darkness into light.

This American singer rose to fame in the mid-1990s after her band’s single “If You Love Me” was released.  Also, from the year 1994, she started her acting journey on Television through Soul Train and later starred in movies like Woo(1998), Soul Kittens Cabaret(2011), and Social Conflicts(2018).

Furthermore, she is famous as the Founder/CEO at WIRF Media. Also, she is the CEO of Curve Clothing and the CEO of NoEgo Entertainment.

Nicci Gilbert was born on July 8, 1970, in her birthplace Detroit, Michigan, the United States as Nicole Gilbert, birth name. She belongs to the All-American ethnicity and holds American nationality.

Speaking of her parents, she has a mother namely Helene who is a jazz singer. From an early age, Gilbert grew up in Detroit listening to her mother’s songs. Young Gilbert was aspired and encouraged by her mother in the field of music. Besides that, other information regarding her father, his profession, and her siblings are not available.

Talking about her educational background, Gilbert studied music and drama at Eastern Michigan University. She dropped out of the University to persuade her musical journey in Los Angels. Her struggle therein and her risky move to quit her education were later proved noteworthy.

Moving on to complimenting the appearance and build of popular singer Nicci Gilbert, her apparent dimples are her assets. She has long wavy black hair, brown skin tone, black eyes, and plump lips. However, her chest-waist-hip size measurements, shoe size, height, and other brief explanations of her body features are not available to our sources.

Well to our surprise, she is one of that versatile persona who brightens every place where she put her hands and soul in. Introducing Nicci Gilbert, she is a famous singer, actress, social media influencer, and CEO of companies like WIRF Media.

To begin with, her singing career took off after she joined the group The Brownstone and debuted through Pass the Lovin in the United States on August 2, 1994. It was her first time to come up professionally with something of her own. Previously during her high school days, she performed Madonna’s “Crazy for You” in a talent show. Also, in her struggling days in Los Angels, she appeared in various talent shows while working in non-musical jobs in TacoBell.

To brief, Brownstone was founded by around twenty members including Nicole Nicci Gilbert, Charmayne Maxee Maxwell, and Monica Mimi Dolby. She has worked with vocals and instruments like drums and keys since the year 1994. To date, Grapevine and Don’t Cry For Me are also some of her most appreciated songs.  She left the band in the year 1997 after being involved in acting.

If You Love Me, her single was nominated for a Best R&B Performance Grammy Award. Even after taking a break of 5 years, in the year 2002, she returned to music and released the song My Side of the Story. She also signed MCA Records in the same year. Later, she released Grown Folks Music Album in the year 2005.

Gilbert also directed a stage musical “Soul Kittens Cabaret” whose trailer was released on October 11, 2010, on YouTube via American Technologies. In 2012, she executive produced and featured on TV One’s R&B Divas, which focused on singers residing in Atlanta.

Nicci reunites with the Brownstone for the silver jubilee of the Essence Festival in July as well the 25th anniversary of the group in the year 2019.

Nicci Gilbert is working as the CEO of NoEgo entertainment for the last 15 years alongside her love partner, beginning in the year 2005. NoEgo has produced record-breaking and history-making content aired on TVONE, BET, and Centric networks. In addition, she has been working as a CEO of a clothing brand named Curvato since May 2012. In the year 2015, she partnered with Queen Latifah to create and executive produce a series of TV programs for BET Networks called “From The Bottom Up”.

Starting from a year ago, she is now self-employed at her own media company named WIRF Media which aims to change the negative and toxic narratives about minority women. They are focusing on including content creators women in media to address sensitive issues like inequalities, racial and gender biases.

Their motto is to provide content that not only entertains, but also enlightens, advises, and inspires. To sum up, WIRF creates platforms for politics, news, and information that impacts women’s families and communities. WIRF stands for Women and Infants Research Foundation.

As an entrepreneur, singer, and actor she accompassed a good fortune of $10 million as of 2022. Nicci Gilbert delicately worked day and night, jumped from one career choice to another, landed as an all-rounder and a role model to all those women who believe in their journey. Well, she earns a handsome paycheque and now she is her own boss as well and enjoys keeping her salary a secret. She lives a luxurious life but keeps no ego and works for the unheard voices.

It is often difficult to drag yourself out of unnecessary controversies when you are in the limelight. But, Nicci Gilbert is successfully keeping herself out of negativities that impact her personal and professional out fronts.

Talking about her social media presence, she is active on Instagram with 9650  posts and a family of 182k constantly following her content. Nicci Gilbert is active all over social media with her WIRF media that carry agenda of empowering women. hence, similar content can be found on the official Twitter, Youtube, LinkedIn, and Facebook accounts.