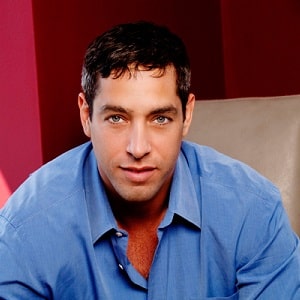 What is the relationship of Nick Loeb?

Nick Loeb married a Swedish model Anna Pettersson but their relationship did not last long and they got divorced.

After that, Loeb met the Modern Family star Sofia Vergara and they started dating from the year 2010. They got engaged in 2010 but they called off their engagement on May 23, 2014. After their separation, nicknamed Sofia as ‘Classless’ for speaking her mother tongue at the time of dinner and humiliating him. However, the news is that he is single and still obsessed with Vergara, even after the bitter breakup.

Who is Nick Loeb?

Nick Loeb, the birth name Nicholas Mears Loeb, is a businessman. He is the son of John Langeloth Loeb Jr. and he is the scion of both the Loeb family and Lehman family. He was awarded CINE Golden Eagle Award in 2001.

He was born on August 2, 1975, in Purchase, Harrison, New York, United States. His birth sign is Leo. He holds American citizenship and he has a mixed ancestry of Jewish and Episcopalian. His father’s name is John Langeloth Loeb Jr. and his mother’s name is Meta Martindell Harrison.

He has a sister, Alexandra Loeb Driscoll, and does not have any brothers. There is no further information available about his family and his childhood.

He completed his graduation from Tulane University with a B.A. in management and finance. Other information is not available about his education and it is under review.

After his completion of college, he worked on the film Primary Colors’ by Mike Nichols at his uncle’s studio Universal Studios. He was a producer and appeared in the movie ‘The Smokers’. He also produced the documentary PBS Series The Living Century.

Nick made his move towards Florida and he worked with Lehman Brothers. They founded a company Carbon Solutions America that provides information about climate change to corporate and government clients. He also claimed to produce carbon-neutral wine in the country.

He lost his city commission race ‘In Delray Beach, Florida’ in 2005 and he served as finance co-chairman in 2008 for Rudy Giuliani’s 2008 presidential run. Nick abandoned a state Senate campaign while he was running as a Republican in 2009 because he was getting a divorce from his first wife. His wife was arrested for a DUI.

In order to compensate all the contributors to his campaign, he used his own money. He decided to run against of United States Seate in 2001, because of his health injuries incurred in a car accident in 2010. Nick told himself as a ‘Teddy Roosevelt Republican’.

He founded Loeb’s Foods in 2006 and Crunchy Condiment Company in April 2011. The company sells Onion Crunch, a fried onion topping. The product is sold in over 17,000 places.

He was awarded CINE Golden Eagle for his documentary ‘The Living Century’ in 2001. Hopefully, he will win other awards in his future career.

Nick Loeb: Net Worth and Salary

As of 2022, It is estimated that he has a net worth of $10 million and he has earned his money through his business. There is no updated news about his salary but it is under review.

Is Nick Loeb involved in any rumors and controversies?

He also branded her ‘classless’ for speaking Spanish at the dinner table and he accused of attempting to be humiliated.

He has a height of 6 ft. 4 inches and he weighs 64 kg. He has black hair and dark brown eyes. Other information about his body measurements is unavailable and it is under review.