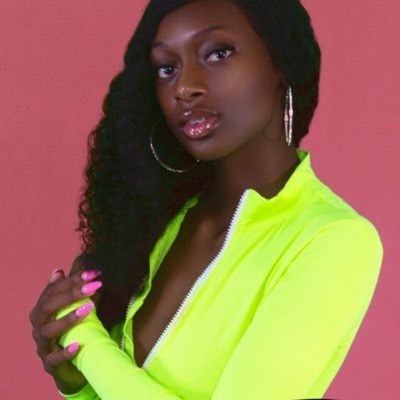 GOD MADE ME, MAMA RAISED ME ‘!

What is the relationship of Nicole TV(Kayla Nicole Jones)?

Nicole TV is in a relationship with Luhkye(Kyekye).

As of January 21, 2020, she posted on her Instagram that she got a ring from her boyfriend. She also wrote on her status that she said YES. She also posts a Big heart shape emoji after the letter YES.

The couple has a baby boy Messiah born on 1st February 2021. It was a natural birth.

Who is Nicole TV?

She is best known for her YouTuber channel titled, Nicole TV, as well as for her huge followers on her Instagram account.

As of December 7, 2019, Her Official music video titled, Move Like A Snake, was released on her YouTube channel.

Nicole TV was born Kayla Nicole Jones on May 26, 2001, in Montgomery, Alabama, United States. Her birth sign is Gemini.

She has not disclosed any information about her family member and her education.

Nicole has 3.55 million subscribers on her YouTube channel titled, Nicole Tv. She joined the YouTube community on December 29, 2014, and the channel has millions of views. In January 2015, she uploaded her first video titled, When someone has an ugly baby, on her YouTube.

Nicole became a YouTube sensation after posting her comedic vlogs and different beauty tutorial, as well as sketches. Her popular upload video titled, Ponytail Tutorial, has over 14 million views.

Nicole has 3.8 million followers on Instagram with id Kaylanicolejones. She has more than 70 posts on her Instagram wall. He followed personalities like Fousey, Jazmyn Bieber, Sebastian Moy, and Thomas Petrou.

She is interested in modeling and loved to wear fashionable clothes. In January 2020, she uploaded a different photoshoot picture of her associated with Global Fashion Brand, Fashion nova.

Sometimes, she uploaded different comic mimes on her Instagram.

A YouTuber’s average salary with over 1 million subscribers is around $57 thousand.

On her Instagram, she gave a BMW car to her boyfriend as a gift.

Nicole has dark brown eyes and black hair. Her height is 5 feet 6 inches and her weight is 45 kg.

Besides, she is also active on Facebook and has 208.1 k followers on it and 5.08 million subscribers on the Youtube channel.