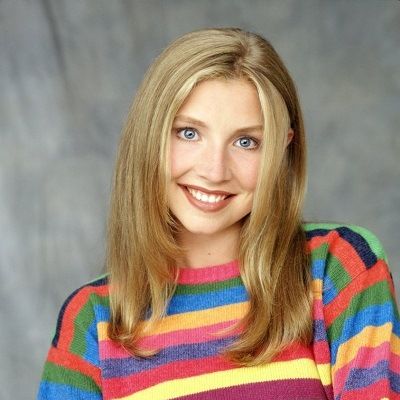 "When I first opened the script and read the pilot, I was laughing out loud. I just hadn't seen anything on the air like it and I wanted to be a part of it" - on Scrubs (2001).

"Before getting Scrubs (2001), I had always threatened myself I'd have to become a dental hygienist if I quit acting - to me, that would be the hardest job. I would tell myself, 'Just stick it out for a little longer'. It definitely was a turning point" - about how Scrubs (2001) changed her life.

I believe that dessert is a very important part of life, and guilt is a useless emotion, so combining the two would be wrong.

What is the relationship of Sarah Chalke?

Sarah Chalke and Canadian actor Devon Sawa dated in 1995 when they were both teenagers. But soon enough in 1996, they went their separate ways.

Sarah was said to be in a relationship with American actor Will Forte in January 2000. However, reports claimed that their relationship was short-lived as they broke up in October 2000.

Sarah and fellow actor Zach Braff who played the on-again, an off-again couple on Scrubs, dated in real life from May 2001 to 2003. Sarah began dating entertainment lawyer and fellow Canadian Jamie Afifi in 2003. They dated for 3 years before getting engaged in December 2006 during a trip to Hawaii.

She gave birth to their first child at 33, a son named Charlie Rhodes Afifi (born on December 24, 2009). Their son was diagnosed with Kawasaki disease, which is the #1 cause of congenital heart disease, at the age of 2.

The couple welcomed their second child, a daughter named Frances Afifi on April 28, 2016. She and her boyfriend are now engaged.

Who is Sarah Chalke?

Sarah Chalke is a Canadian actress and voice artist. Sarah Chalke is well known worldwide mostly for her role in the NBC-produced comedy series ‘Scrubs’ and for ‘How I Met Your Mother’.

She has played a variety of supporting roles in several movies over the years.

Sarah was born in Ottawa, Ontario, Canada on August 27, 1976, and she is currently 45 years old. Her father’s name is  Douglas and her mother’s name is Angela Chalke.

Whereas, her family moved from Ottawa to North Vancouver when Sarah was young. There is no much information about her and her family.

Talking about her profession, Sarah began her acting career at the age of eight and appeared in several musical theatre productions. She briefly returned to Canada to work on the CBC-produced television drama series titled ‘Nothing Too Good for a Cowboy’ (1998–1999).

Basically, Sarah Chalke played the character of Maisy in the 1994 American direct-to-video comedy movie titled ‘Ernest Goes to School’. In the year  2005, she co-starred alongside Heather Graham, David Sutcliffe, and Taye Diggs in the romantic comedy ‘Cake’.

Eventually, Chalke played the character of Jane in the film. Chalke appeared in a parody of the hit show ‘The O.C.’ called ‘The ‘Bu’ on Channel 101, alongside the comedy trio ‘The Lonely Island’. She became the spokesperson for a line of women’s underwear by Hanes in 2008.

Whereas, Chalke appeared in a series of commercials for the brand. The commercials were directed by Zach Braff, her co-star from ‘Scrubs’. Likely, she starred in the CBS-produced, romantic comedy series titled ‘Mad Love’ in early 2011. Chalke played the love interest of Bobby Cobb in the series.

Also, Sarah starred in ‘How to Live with Your Parents (For the Rest of Your Life)’, an ABC-produced comedy series that premiered on 3 April 2013. In the series, Chalke played the character of Polly, a divorced, single mother who struggles with living in her parents’ house, because of the financial difficulties she is facing.

In the year 2013, she played a frantic mother, Casey Hedges, in a season 9 episode of ‘Grey’s Anatomy’ titled ‘Can’t Fight This Feeling’. Besides that, Sarah began voicing the character of Beth in the hit Adult Swim animated series ‘Rick and Morty’ in December 2013. She has been voicing the character ever since.

Moreover, Chalke was cast to play Dr. Elliot Reid in the hit NBC-produced comedy television series titled ‘Scrubs’ in 2001. She played the character of Dr. Reid for nine seasons until the series finale in 2010.

As of 2022, she has an estimated net worth of around $18 million and she has earned that sum of money from her professional career.

This actress loves to keep her profile low. She has not been involved in any rumors and controversies in her professional and private life.

Sarah Chalke has a height of 5 feet 8 inches and she weighs is 57Kg. Her hair color is dark blonde and her eyes color is blue.

Also get to know more about Meghan Ory, Michelle Mylett, and Erin Cahill.