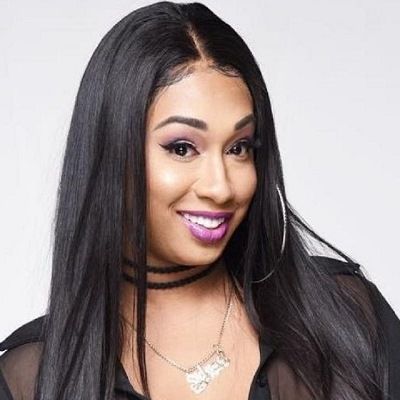 Sidney was in a relationship with Rich Dollaz on Love & Hip Hop. While some wonder if the two have been in a romantic relationship. It looks like they are working together as Dollaz Unlimited is who you need to contact in order to book her.

Who is Sidney Starr?

Sidney Starr is an American model. Sidney is also a social media star. She gained fame with her uploads on ‘World Star Hip Hop’.

Moreover, she took social media by storm with her live chats on ‘Periscope’. Starr’s ambitions are landing a reality TV show job and becoming even more famous on the social media stage.

Sidney Starr was born on February 5, 1989, in Chicago, Illinois, the United States. She is an Aquarius.

While in school, she had faced bullying due to her transgender status. But Sidney did not allow these negative things of life to affect her.

She, in fact, used this as an inspiration and moved forward without getting disappointed by it.

Girl stuck in a wrong body

Sidney felt that she was a girl stuck in the wrong body ever since she was five. But she couldn’t do anything about it until she grew up and became a teen.

However, On The Breakfast Club, Starr revealed that she would stay away from G.I. Joe’s and play with Barbie dolls instead. She said that she had already realized that she was a girl by then, which was contradicting her physical appearance.

She said that she began working on her body once she reached the age and had her breasts, back, and face done. And by the age of 23, Starr decided to go in for a full sex change and become a woman completely.

She is a transgender model. She presented her childhood pictures and birth certificate to make people aware of her truth. When people came to know the truth and soon her videos became viral and her popularity rose rapidly.

She is proud of herself as a transgender diva. Moreover, she wants to assist other transgender people to stand up for their rights in this world which tries to bully such people.

In various social media accounts such as Instagram, Twitter, and YouTube, Sidney’s posts were noticed when she uploaded her videos in which she was seen twerking to hip-hop songs on World Star Hip Hop.

Starr was featured on one of the episodes of the hit VH1 show, Black Ink Crew. Sidney has appeared on Lifetime’s Atlanta Plastic, Botched, and Star.

Sidney Starr was rumored to be dating rapper Chingy. In an interview with Vlad TV, Sidney Starr revealed that rumors of her relationship with Chingy did not help her career.