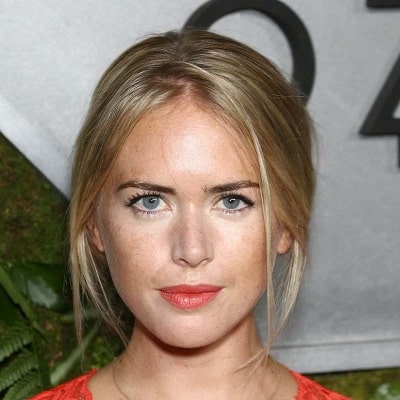 Theodora Miranne is a married woman. She married the Executive Vice President of IDL Business Strategy, Robert Miranne, on July 30, 2016, at the church in London among their closed ones. Ryan Eggold was also invited on that big day, among many others.

The beautiful couple is excepting their first kid. On August 26, 2019, Theodora announced her three months of pregnancy via Instagram post and since then, she keeps on posting many adorable pictures with her baby bump.

Theodora Miranne is a famous British actress and producer who is best recognized for her performances in Gemini Man (2019), The Blacklist: Redemption (2017) and The Night Before (2015).

She was raised in London, Theodora but her exact date of birth is not available. She was born as Theodora Woolley. She legally changed her name after losing a buttload of cash to some shady characters. She grew up along with her brother, Denys Wolley. She visited her brother and father in Shanghai, China on December 1, 2017, which she confirmed by sharing adorable snaps with them.

She attended local schools and high schools in London. Later, she attended The Stella Adler Studio of Acting, located in NewYork, to pursue her career as an actress.

She debuted her acting career from the short movie, These Days. Since then, she is actively involved in the filmy works and is earning name and fame both.

Besides, actress, she is also a film producer. She has already worked as an executive producer in the short film, HotSpot: A Guide To Finding Love.

Moreover, she worked on a number of independent film projects including Little Faith, Landing Up, The Kidnapping of a Fish, Engaged, Lost in Love, Lords of Magic, and Good Bones. Featured in Sony’s Christmas hit The Night Before.​

She has a height of 5 ft. 6 inches and weighs 57 kg. Also, Theodora has light brown eyes and brown hair.