Willie Garson was a well-recognized American actor and director He is possibly single.

Talking about his relationship details, Willie Garson was possibly single and he might have not dated anyone till his death. Moreover, Willie adopted a son, named Nathan Garson in 2009.

Other than that, the actor never shared his relationship details with the public. 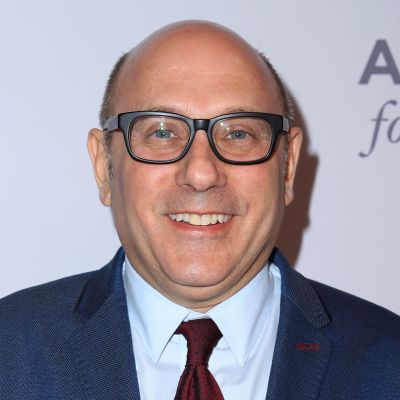 I am starting to explore directing, maybe in the future in the world of 'White Collar.

Not everyone looks like Brad Pitt. There are people in the world that look like me. I think people feel that I could be living next door to them. That has much more effect on me.

Who is Willie Garson?

Willie Garson was a well-recognized American actor and director. Garson was widely famed for his appearance in Stanford Blatch on the HBO series, Sex, and the City and in the related films, Sex and the City 2.

Moreover, he was also known for his act as Mozzie in the USA Network series, White Collar from 2009 to 2014, Ralph in the 2005 romantic comedy Little Manhattan. He has featured in more than 75 films and more than 300 TV episodes.

Willie Garson was born on 20 February 1964. He dies at an age of 57 years old. Likewise, his birthplace was Highland Park, New Jersey, the United States.

Willie is the son of his father, Donald M. Paszamant whereas his mother is Muriel Schwartz. Moreover, he had a brother named John Paszamant and sister Lisa Clark.

Talking about his nationality, Garson held an American identity whereas his ethnicity is English-Jewish.

Regarding education, the actor graduated from Highland Park High School. Later, he earned a Bachelor of Fine Arts degree in Theater from Wesleyan Univerity and a Master of Fine Arts degree from the Yale Drama School. Earlier, Garson studied at Camp Wekeela in Hartford Maine.

A well-known star, Garson demised from pancreatic cancer at his home in Los Angeles on 21 September 2021 at an age of 57 years old.

Moreover, Garson gained high attention as a recurring role of Henry Coffield on NYPD Blue and as Stanford Blatch on Sex and the City. The actor also acted in the movie, Troop Beverly Hills. Between 1990 to 1995, Willie featured in different movies like Brain Dead, Across the Tracks, Ruby, Mobsters, Untamed Heart, Daybreak, Speechless, The Tie That Binds.

The actor in advance appeared in TV shows such as Spin City, Going to California, CSI: Crime Scene Investigation, Monk, CSI: Miami, John from Cincinnati, and so on. He also gave his voice to Big Mouth and had a recurring role on Supergirl.

Freshly, Willie was a regular guest star on the syndicated game show 25 words or less. He featured in The Bellman and Magic Camp in 2020 as well.

A famed American star, Garson had earned a handsome amount of money from his profession. He was active in his profession from the year 1986 till the year 2021.

As per celebrity net worth, Willie Garson had an estimated net worth of $5 million as of 2022.

However, the actor had not disclosed his exact salary, earnings, and assets details till now.

Willie was never been part of any controversial matter or rumors till now. The star had been preoccupied with his professional and private life.

Garson had kept a balance between his private life and professional life.

57 years old actor, Willie had handsome looks and an admirable personality. He stood at a height of 5feet 8inches. Also, he had a balanced body weight of 75 kg.

Furthermore, Garson had blue eyes whereas his hair was black.

Regarding his social media presence, Willie Garson was an active personality on social media. Willie had more than 156k followers on his official Instagram account @willie.garson.

He was also active on Twitter with around 90.1k followers.

Moreover, Garson was also available on Facebook with nearly 10k fans and supporters.