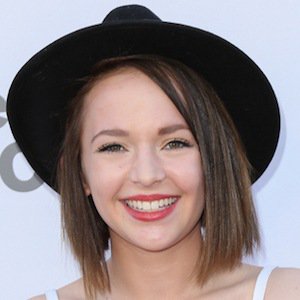 Alexis G. Zall has confirmed her sexual orientation as being a lesbian with her statement as she is one of the girls who love girls.

Who is Alexis G. Zall?

Alexis G. Zall is a YouTuber and actress, who is one of those very few artists who have climbed up the social media success ladder in just a matter of years.

And with a channel that will make you laugh out loud for hours, Alexis surely deserves to be in the spotlight.

Alexis G. Zall was born in Scottsdale, Arizona, the United States on June 6, 1998, and she is currently 20 years old. Her father’s name is Brian Zall and her mother’s name is Elizabeth Zall.

There is no much information about her siblings and her childhood.

There is no information about her siblings. Alexis holds American citizenship, but her ethnicity is unknown. Her birth sign is  Gemini.

Talking about Alexis’s education history, there is no information about her educational achievements.

Alexis G. Zall started her professional YouTube career by opening her self-titled channel in which she posted her first video on November 23, 2011, tiled as “The Attack of the Fluffy Orange Teddy-Demon. Slowly she began uploading many videos and her popularity started to grow up with the increasing number of followers.

Besides YouTube in 2013, she got cast in the television movie “Out of Reach”, appearing with the role of Paige. Currently, she has gained huge popularity on YouTube.

Growing up, though Alexis knew that acting and comedy came naturally to her, she always dreamed of working as a businesswoman. But few years into her teens, she realized just how much joy came with sharing absolutely anything under the sun on ‘YouTube’, and knew that this should be her career.

And now the 18-year old, successful YouTuber has earned another feather in her hat; her social media fame has bagged her role in mainstream Hollywood! Miss Zall has worked in the 2013 television film ‘Out of Reach’ where she played the character of ‘Paige’. Her resume doesn’t end here! She also worked in an episode of the ‘AwesomenessTV’ series, a short film called ‘Honest Santa’ and a web series called ‘Spirits’.

Apart from her channel and movies, Alexis is also an apple of the eye for the viewers of other ‘YouTube’ channels like ‘Shane Dawson’ where she hosts ‘BOMB (dot) COM every Sundays.

She was nominated for Outstanding Supporting Actress in a Digital Daytime Drama Series for Zac and Mia (2017) at Daytime Emmy Awards. Unfortunately, she has not won any of the awards yet.

She has an estimated net worth of around $0.6 million  (as per 2020 data) and she has earned that sum of money from her professional career.

There was a rumor that Alexis dated YouTuber Shannon Beveridge in the past. Currently, she is far from rumors and controversies.

Alexis G. Zall has a height of 5 feet 3 inches. Additionally, she weighs 51Kg. Alexis’s hair color is dark brown and her eye color is hazel.