Anusha Dandekar is possibly single as of 2022.

Anusha Dandekar was in a relationship with TV Actor Karan Kundra. Previously, she dated cricketer Irfan Pathan after that she broke up with him and started dating VJ and Host Ranvijay Singh after a year of a relationship she got married to Ranvijay Singh but later they denied and separated.

With her boyfriend Karan Kundra she is in the show MTV Love School as a teacher who teaches other students about love. Similarly, her boyfriend previously dated Kritika Kamra who is an Indian TV serial actress and movie star. 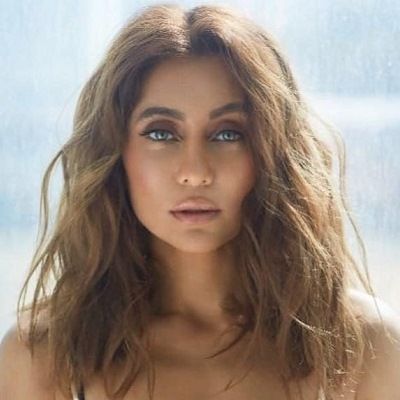 Who is Anusha Dandekar?

She was born in Khartoum, Sudan,  Africa on January 9, 1982, she comes from a Marathi Chitpavan brahmin family. Her father is Shashidhar Dandekar and her mother is Sulabha Dandekar, originally from Pune, India.

Early age of 19 Anusha Dandekar’s moved to Mumbai, India for a further career option in the entertainment industry.

She started working as a host on MTV’s show House of Style’. She made her debut in Bollywood with the movie ‘Mumbai Matinee’ in 2003.

Anusha has worked as a show host on multiple shows on MTV. They include:

She got featured in ‘Viruddh’ with costars Sanjay Dutt, Amitabh Bachchan, Sharmila Tagore, and John Abraham.

After in 2006 she acted in ‘Anthony Kaun Hai?’ with co-stars Arshad Warsi and Sanjay Dutt. Anusha made her debut in the Marathi movie Jai Jai Maharashtra Majha.

Anusha debuts on a single music video Better Than Your Ex. This song is in English and was released in June. She promotes some well-known brands ie. Reebok, Toni & Guy, Crocs, and Lee Jeans. She also runs a YouTube channel where she shares some beauty tips and general tips.

She has an estimated net worth of around $2 million and her earning sources are acting, MTV VJ, and singing.

Anusha has black hair and grey eyes, she has a height of 5 feet 5 inches and she weighs is 52Kg.