Updated On October 12, 2022 | Published By: Gracie Hale | In Death , Relationship
Share this 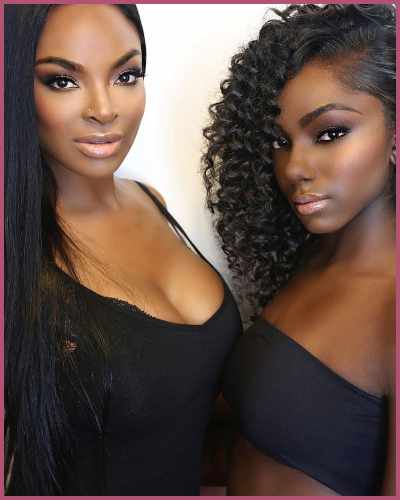 Brooke Bailey is inconsolable over the passing of her 25-years-old daughter Kayla Nicole Bailey.

Kayla Bailey rose to prominence as a result of her mother’s success on the reality television show Basketball Wives. Sad to hear but it was announced on September 25, 2022, that Kayla had died at the age of 25.

Brooke took to Instagram to share the heartbreaking news alongside a series of photos of Kayla through the years.

She wrote in a caption section,

“Forever my baby, Pretty Black aka Kayla Nicole Bailey This is not a goodbye. Mommy will see you soon,”

The 45-years-old reality tv star also updated her bio to include a tribute to her late daughter, Kayla Bailey, which reads,

Brooke was one of the original Basketball Wives cast members. She left the show after season two but returned to the popular show in its tenth season.

Cause of Kayla’s death

Although the exact cause of Kayla’s passing is unknown, there are rumors that she passed away from wounds sustained in a car accident.

Similarly, by reposting an article about the crash, Bailey gave the impression that the articles were accurate; however, the official cause and manner of death are still unknown.

Paid tribute to the death of Kayla Nicole Bailey

As soon as Bailey shared the news, her friends, family, and followers flooded the comment section with their condolences and tributes to beloved Kayla.

“Omg my heart just broke for you, I’m so sorry honey,”

“Omg beautiful I’m sooooo sorry! My prayers are with you im lifting your name high tonight in prayer,”

Likewise, Bailey expressed her gratitude for everyone’s support by writing on her Instagram Story,

“Thank you for LOVING my baby girl. Thank you,”