Danniella Westbrook is an English actress and reality television personality. She is in a relationship.

Additionally, she was later married to Ben Morgan. They were together from October 1998 to 1999.

Since then, Westbrook has dated Tom Richards and George Arnold. Currently, she is believed in a longterm relationship with Alan Thomason since 2017. 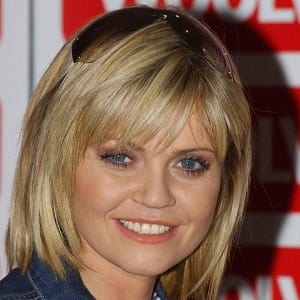 [in 2014] Steven Gerrard is the best-looking member of the England team right now.

Who is Danniella Westbrook?

Danniella Westbrook is an English actress and reality television personality. People mostly know her for playing Samantha Mitchell in the BBC soap opera ‘EastEnders.’ Additionally, she also competed in the 2010 series of ‘Dancing on Ice.’

Westbrook was born in Walthamstow on November 5, 1973. She was born to parents Susan Westbrook and Andrew Westbrook. Throughout her childhood years, she grew up in Loughton, Essex.

Her mother was a shop assistant and her father was a cab driver. Additionally, she has two brothers: Justin and Jay. Westbrook developed a keen interest in horse riding as a child.

In addition, she began modeling at an early age of seven. She is of British nationality. Furthermore, she belongs to an English ethnic background.

Danniella Westbrook initially began modeling at the age of seven. She appeared as a child thief in Melvyn Bragg’s ‘London Programme.’ Additionally, she had her first major role as the younger sister of Phil and Grant in ‘EastEnders.’ Since then, she has appeared in numerous other movies and television series.

Some other movies and television series that Westbrook has appeared in are ‘Mob Handed’, ‘Essex Vendetta’, ‘Hollyoaks’, ‘Frank Stubbs’, ‘Loose Women’, ‘Up Late with Rylan’, ‘This Morning’, ‘Big Brother’s Bit on the Side’, ‘Celebrity Big Brother’, ‘Dancing on Ice’, ‘The Wright Stuff’, ‘The Jeremy Kyle Show’, ‘The New Paul O’Grady Show’, ‘Richard & Judy’, ‘I’m a Celebrity, Get Me Out of Here!’, and ‘Motormouth’ among others.

Westbrook has not revealed her current salary. However, she has an estimated net worth of around $7 million as of 2022.

Westbrook has been part of several controversies in her career. She has struggled with cocaine addiction for many years. Additionally, she has confessed that she first tried the drug at the age of 14.

Furthermore, she became part of another controversy in 2013 after she revealed that she had been kidnapped and gang-raped during the period of her addiction.

Talking about her body measurement, Danniella Westbrook has a height of 5 feet 4½ inches (1.64 m). Additionally, she weighs around 54 kg. She has a body measurement of 34-26-35 inches.

Danniella Westbrook is with a new look and face after her reconstructive surgery!