FGTeeV Duddy owns a YouTube channel for gamers with his wife and kids. 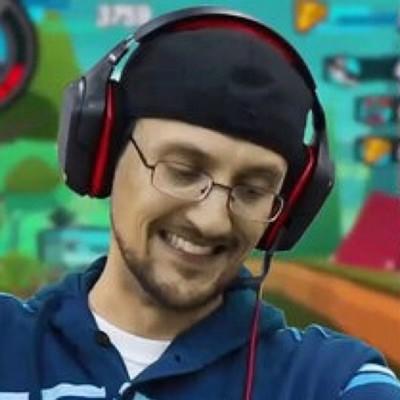 Back in 2013 Duddz could never figure out why people watch other people just play a video game so he set out to make his gameplays stand out from the rest... they are part game review &

part scripted/improvised comedy sketch videos as well as music videos centered around gaming. There is no other gaming channel like FGTeeV on Youtube!

FGTeeV Duddy is happily married to Samantha Ryan. His wife, Samantha is widely known as FGTEEV Moomy on their YouTube channel. As of now, the couple has not shared any details on their wedding.

Who is FGTeeV Duddy?

American FGTeeV Duddy is a YouTube star and author. He is renowned for playing various sorts of games on his YouTube channel along with his family members that went viral on the web.

FGTeeV Duddy was born Vincent Carter (real name) on 29th October 1974 in the United States to Tom (father) and Jody Carter (mother). He is of British-French-Irish ethnicity.

He has two sisters; Heidi and Elyssa. Following his YouTube success, his parents and sisters started their own YouTube channel, Funkee Bunch.

Currently, the channel is active with 1.01 million subscribers with 305.3 million views. Details on his academics are not available.

However, he started uploading videos on the platform in 2007. The first video that he uploaded on the channel was Baby Eating Salt and Vinegar Chips! First Time Trying & Eating Reaction!

At the time, his YouTube channel mostly included his vlogging videos. In 2009, he became a regular YouTuber and make videos for YouTube on a regular basis. The 2011 video, If Kids Were In Charge! went viral on YouTube that featured his daughter, Alexis, and son, Mike. At the moment, the channel is not available on YouTube.

In 2013, he create the YouTube channel, FGTeeV. In the channel, he plays various video games with his children.

Following the success of his primary gaming channel, he created the YouTube channel, TheSkylanderBoy AndGirl for his three children. Also, he created the channels like DOH MUCH FUN (2017) and FV FAMILY (2018).

Currently, the YouTube channel, DOH MUCH FUN has 1.56m subscribers with more than 564.6m views.  Whereas, FV FAMILY  has around 6.93 million subscribers.

Apart from YouTube, he is also an author. On 7th January 2020, he published his book, FGTeeV Presents: Into the Game! which became New York Times Bestselling Graphic Novel.

FGTeeV Duddy has brown eyes with brunette hair. He has a decent height and an average weight. However, details on his body stats are not available.

As of now, he has not been involved in any sort of controversy and scandals that created a buzz in the media. Besides that, he has managed to maintain distance from any sort of rumors.