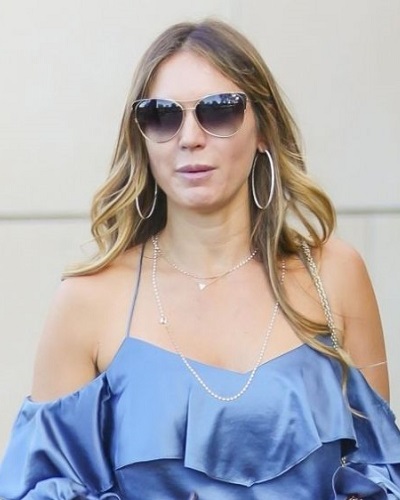 Jessica Ditzel was born on 18th July 1975 in a middle-class American Family. Her birthplace is Sugar Land, Texas. She has an elder sister named Trinity Ditzel with whom she grew up.

when she was 13 years old her parents moved to Houston, Texas. They lived there until 2002.

Jessica is a 1993 graduate of Doherty High School in Colorado Springs. Later, she was educated at California State University-Long Beach.

Her daughter is also an RnB singer. She is following in the footsteps of her biological father. Similarly, her daughter used to share pictures of the mother-daughter duo on Instagram in 2017.

On 25th July 2017, she wished her mother Jessica on Instagram with a long caption. Kayja wrote,

“I love you endlessly. You will always be my world (even when we get on each other’s nerves.) You have made me the person I am today & I owe you everything. Thank you for all that you do for me. Beyond blessed and grateful.”

Around 1996, Jessica was dating Kevin Connor who is popularly known as Dino of music band H-Town. She was pregnant with his baby. But after she gave birth to their child, they broke up.

The reason for their breakup was the cheating rumors of Kevin. However, Kevin died in a car crash. Her daughter changed her last name to Rogan.

Jessica started dating Joe back in 2001. After eight years of dating, they walked down the aisle in 2009. Their wedding was a private ceremony. Her husband Joe is an American comedian and podcast host.

With Joe Rogan, she became a mother for the second and third time. She gave birth to two children Rose Rogan and Lola Rogan. One of her daughters was born in May 2008.

Jessica worked as a model for EM Model Management. She also worked as an assistant for Rent-A-Car Enterprise. She has endorsed many brands.

Before working as a model, she was a cocktail waitress.

She is a celebrity spouse of the former MMA fighter Joe Rogan. Read more bio…

Joe Rogan is an American comedian, sports commentator, podcaster, and martial artist. Rogan is best known as a UFC commentator and a host of Fear Factor. Rogan also introduced a podcast back in 2009 named The Joe Rogan Experience. Which was the best podcast, download 16 million times in the year 2015. Read more bio on…