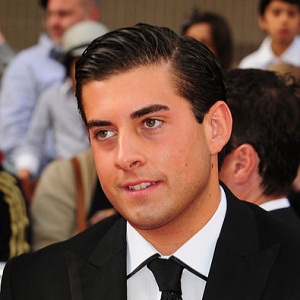 He also has had encounters with Jasmin Walia (2012) and Emily Atack (2012). His girlfriend Lydia Bright dumped him as a result of his drug binges.

At present, he is in a romantic relationship with a girl named Gemma Collins.

Who is James Argent?

James Argent is an English television personality. Argent also has been a cast member of ITV2’s The Only Way Is Essex since its first series in 2010.

He has appeared in other television shows including Sugar-Free Farm and The Jump.

Argent was born on 5 December 1987 in Waltham Forest, London, England. Argent is of partial Irish ancestry and British nationality.

His birth name is James David Thomas Argent. He is the son of Martin and Patricia Argent. In 1992, when he was four years old, Argent moved to Essex with his parents.

He has lots of Irish uncles, aunties, and cousins in Sligo, Leitrim, and Roscommon as well as Kildare and Dublin. His grandfather came from Carrick on Shannon, Co. Roscommon, and his grandmother from Kildare.

James Argent began acting and singing since 2002 after winning The Kenny Award at the Kenneth More Theatre in Ilford, east London.

Since 2010, Argent has been a cast member of the ITV2 reality series The Only Way Is Essex. He had appeared in series 1 with his girlfriend Lydia Bright, who also appeared in series 2 and is also best friends with fellow TOWIE cast member Mark Wright. Finally, Argent opened his own theater during at the studios in Essex on TOWIE Live in December 2012.

In the month of July 2015, it was announced that Argent would make his first pantomime appearance in Cinderella at the King’s Theatre, Southsea. He was cast as Dandini. The production ran from December 2015 until January 2016.

In 2016, he took part in ITV’s Sugar-Free Farm and Channel 4’s The Jump. He has since put on a lot of weight and had now been dumped by girlfriend Lydia Bright as a result of this and for his drug binges.

While his exact salary is not known, he has a net worth of $1.2 million.

Argent has often caused rumors and controversies regarding his drug abuse. In August 2014, Argent was reported missing from his home, when he failed to show up for a scheduled flight.

However, he was found just over 24 hours later and tweeted “Hi I’m so sorry to have worried everyone. I’m fine and safe but again can’t apologize enough.”

James Argent has dark brown hair and brown eyes. Furthermore, his height is 6 ft and has 101kg of weight.

TOWIE star James Argent posts a shirtless snap of himself on his Instagram as he prepares to swim the English Channel!