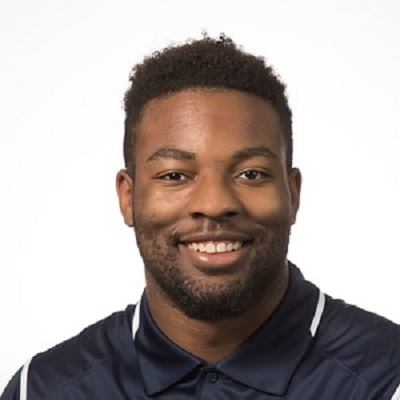 What is the relationship of Jordan Caroline?

He has a son, born on 2 September 2017, who he refers to as “JC”. He features his son’s pictures on his social media pages frequently.

Who is Jordan Caroline?

He plays for the Los Angeles Lakers of the National Basketball Association (NBA), having played for the Nevada Wolf Pack.

He was born on January 15, 1996, in Champaign, Illinois, United States. He was born to his mother Jayna Caroline, a high school and Illinois college track athlete, and his father Simeon Rice, an NFL player.

His biological father left the family when he was young and he grew up with his step-father as his father figure.

Caroline might be the only child of his biological parents but has half-siblings- two half-brothers (Cam, RJ) and two half-sisters (Cyd, Kylie).

Jordan holds American citizenship but his ethnicity is unknown.

He joined Champaign Central High School and then transferred to Montverde Academy, Florida.

After that, he attended Southern Illinois University in 2014 and transferred to Nevada University after a year, graduating in 2019.

He was named to the Missouri Valley Conference All-Freshman Team while he was at Southern Illinois University. As a freshman, Jordan averaged 9.2 points and 6.2 rebounds per game.

Despite impressive college stats, Jordan Caroline went undrafted in the 2019 NBA Draft but he signed an Exhibit 10 Contract with the Los Angeles Lakers a day later.

He along with his team mated became the first-team All-Mountain West in 2018 and in 2019. Aso, he won the Mountain West Tournament MVP in 2017.

Jordan must have accumulated a huge sum of money from his career. However, Jordan has not revealed his exact net worth, salary, and income.

Jordan has not been involved in any rumors and controversies in his personal and professional life.

Jordan Caroline has a height of 6 ft. 7 inches and weighs 104 kg. Jordan has black eyes and dark brown hair.

What Are The Best Reality Shows Of 2021? This Will Definitely Save Your Valuable Time ;)