Grayson Allen is an American basketball player who plays as a Shooting guard for the Memphis Grizzlies of the National Basketball Association (NBA) having played college basketball at Duke University. He is currently dating Morgan Reid.

Grayson Allen is currently in a relationship. He is currently dating Morgan Reid, a soccer player and plays for Orlando Pride of the National Women’s Soccer League (NWSL). They started dating in late 2018 and he is yet to marry and have children. 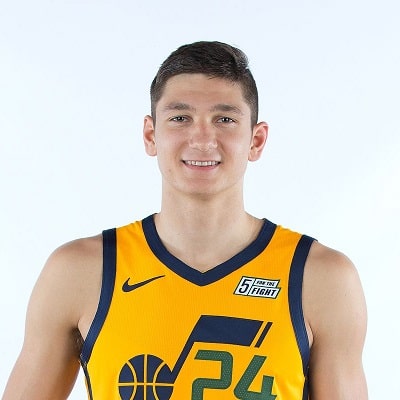 When I'm playing timid and afraid to make a mistake, then I'm not going to play well.

You get into the game and you know you're probably not going to be in there long. It's like, while I'm in here, I better not mess up. That's the completely wrong mentality to have. That works against how I play because how I play is 150 percent, going all out, going crazy.

Who is Grayson Allen?

Grayson Allen is an American basketball player who plays as a Shooting guard for the Memphis Grizzlies of the National Basketball Association (NBA) having played college basketball at Duke University.

He was born on October 8, 1995, in Jacksonville, Florida, USA. His birth name is Grayson James Allen. He was born to mother Sherry Allen, a human resource manager and father William Allen, a government contractor. He is the only child to his parents.

Grayson holds American citizenship but his ethnicity is unknown.

He attended Providence School of Jacksonville and then joined Duke University in 2014. Grayson Allen graduated from the same in 2018.

He averaged 4.4 points per game and was named to the ACC all-academic team while a freshman at Duke and was considered one of the top returning players in college basketball during his junior year.

In addition, he was one of the best offensive players in the ACC and a major contributor in the NCAA tournament in 2015 during the 2015-2016 season.

Allen’s career-high was 40 points with seven rebounds, four assists, a steal, and a block, in a game against Los Angeles Clippers on April 10, 2019. It was announced on July 6, 2019, by Memphis Grizzlies that Grayson Allen has been traded to them.

He tripped opposing guard Xavier Rathan-Mayes of Florida State on February 25 and for his second tripping incident in less than a month, he received a reprimand from the Atlantic Coast Conference(ACC) a day later.

Grayson Allen has a height of 6 ft. 5 inches and weighs 90 kg. Also, he has brown eyes and light brown hair. But his shoe size, dress size, etc. are not available.