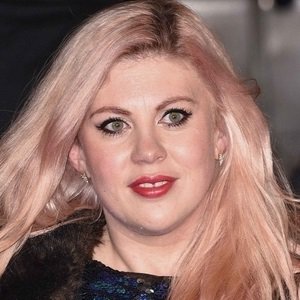 Cute and gorgeous Louise is a divorced woman. After being in the relationship with a teacher Matt Watson for several years they finally got married on 4 September 2010 and welcomed their first daughter named Darcy Jane Watson in 2011. They couldn’t continue their marital relationship and got separated in 2014. Through her YouTube channel, she announced that she is having affair with a man named Liam.

Who is Louise Pentland?

Louise was born to British parents on 28 April 1985 in Northampton, England. Her nationality is British and belongs to European ethnicity.

She was raised by her parents in a friendly and entertaining environment, but unfortunately, her mother died of metastatic breast cancer when she was seven years old. Later on, her father remarried and Louise was highly abused by her stepmother.

Concerning about her educational background, she attended Northampton High School and later on moved to Liverpool and attended Liverpool John Moores University where she studied Psychology and Biology.

After graduation from Liverpool, Louise worked for different offices and later on began writing a blog titled “Sprinkle of Glitter” mainly about, lifestyle, fashion, and beauty. Soon, she was able to collect over 159 thousand followers within a year. Afterward, she started a YouTube channel on the same name (SprinkleofGlitter) on Jan 18, 2010, and hugely recognized among viewers and common people.

Within a two year on Jul 25, 2012, she created a new channel name “SprinkleofChatter” saying a sister channel of SprinkleofGlitter. Currently, her first channel has over 2.5 Million subscribers with total views of $170 Million and her second channel has over 1.1 Million subscribers with 94 Million views. She is also an author and released her first book titled “Life with a Sprinkle of Glitter” on July 2, 2015.

Louise Pentland: Salary and Net Worth

She has accumulated a net worth of $1.5 Million. But there is no information regarding her salary.

Once Louise was rumored as talentless and money-hungry by different social site and fans; however, she hasn’t revealed anything relating to this topic. There are no other desperate controversies relating her personal and professional life.