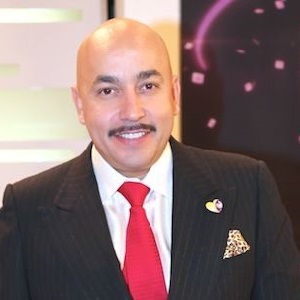 What is the relationship of Lupillo Rivera?

Lupillo Rivera has married two times in his life so far.

Presently, he is married to businesswoman, Giselle Soto. Giselle is the founder of the famous eyebrow brand Giselle Soto Brows.

According to various outlets, the duo got married in secret and the couple has long been married.

Previously, he was married to Mayeli Rivera. His ex-wife Mayeli is a businesswoman. The couple had an affair for a few years before getting married.

The couple got married in 2006. He is the father of eight children. His seven children are his own while one is adopted.

However, Lupillo and Mayeli started having differences in 2017. The couple divorced in early 2019 and the reason is said to be irrecoverable differences.

In an interview when asked about their split, Mayeli said: “Lupe and I separated because we had problems, a lot of problems.”

Who is Lupillo Rivera?

Lupillo Rivera is a Mexican-American singer-songwriter. He is famous for his album Tu Esclavo y Amo, for which he won a Grammy Award in 2010.

He has been nominated for Grammy Awards three times. His older sister was the late singer and actress, Jenni Rivera.

Lupillo was born on 30 January 1972, in La Barca, Jalisco, Mexico. He is the son of Pedro Rivera(father), a recording label, and studio owner and her mother’s name is Rosa Saavedra.

He has not revealed any information about his childhood life. Lupillo grew up with three siblings named Jenni Rivera, Juan Rivera, and Peter Rivera.

His sister Jenni Rivera was an American singer-songwriter who died in 2012. Lupillo holds dual Mexican and American nationality and is of Mexican ethnicity.

At the age of four, he and his family migrated without documents to Long Beach, California. He graduated from Long Beach Polytechnic High School in 1990. He initially wanted to be a restaurateur.

He also has a Youtube channel that has more than 94k subscribers.

Lupillo began his career working on his father’s studio. At that time, he was given the task of looking for local talent at bars with the idea that some of that talent could be signed by his father’s company. Later, he became popular as “El Toro del Corrido“. By 1999, he began to sing using his own name.

After that, he signed with Sony Discos.  In 2001, he was awarded a Premios lo Nuestro. He became famous internationally for his album Despreciado, which peaked at #1 on the US Billboard Top Latin Albums chart.

In 2010, he received various Grammy and Latin Grammy nominations for his work. That same year, he won a Grammy Award for his album, Tu Esclavo y Amo.

He has a net worth of 12.5 million dollars. But his annual salary is unknown.

How tall is Lupillo Rivera?

He has a height of 5 feet 9 inches and has average weight. He has dark brown hair color and his eye color is dark brown.