Michael Schur is a television producer, writer, and also actor. He even Owns the film rights for David Foster Wallace's novel Infinite Jest.

Michael is married to screenwriter/producer Jennifer Philbin. Jenifer is the daughter of actress Joy Philbin and TV star Regis Philbin.

The couple tied the knot in 2005. They welcomed their first baby, son William Xavier Schur on February 18, 2008. 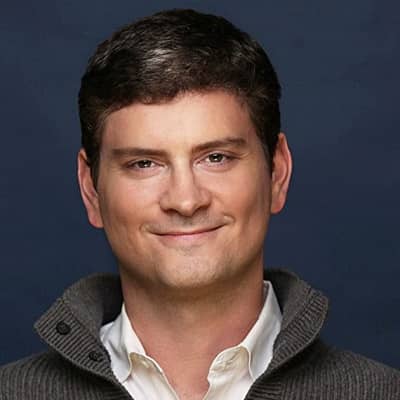 Who is Michael Schur?

Michael Schur is one of the well-known personalities in the entertainment world. He is a television producer, writer, and also actor. He even Owns the film rights for David Foster Wallace’s novel Infinite Jest.

Michael was born on October 29, 1975. His birthplace in Ann Arbor, Michigan, and was raised in West Hartford, Connecticut.

He was grown in a Jewish family and has Ashkenazi Jewish ethnicity. His parents are Warren M. Schur and Anne Herbert.

Michael has his schooling from William H. Hall High School in Connecticut.

Then he studied at the Harvard University, graduating from Phi Beta Kappa with a B.A degree in 1997.

Michael worked as a writer for around six seasons on NBC’s Saturday Night Live. He worked there from the year 1997 to 2004. After that, he served as the writer and producer for the network’s show The Office.

He also appeared in the show as Mose. Then in 2005, Michael co-produced HBO’s The Comeback. He even wrote the two episodes of it. The next year, he acted in the TV flick Totally Awesome.

Michael along with Greg Daniels worked on Parks and Recreation in April 2008. Likely in 2008, the actor collaborated on The Decemberists’ music video for ‘Calamity Song’ from their album The King Is Dead. Michael also co-created Fox’s comedy show Brooklyn Nine-Nine in 2013. He collaborated with Daniel J. Goor.

Furthermore, he created the NBC comedy’s sitcom The Good Place in Sep 2016. The same year he also wrote an episode Nosedive for the anthology series Black Mirror.

The producer has also established his career as a writer. As a writer, Schur also writes for the sports journalism criticism blog Fire Joe Morgan.

Michael has established his career successfully. He has produced various shows and must have good earning from there.

His net worth is estimated at around $5 million.

He has been working in the industry for a long time but has never faced any type of rumors or controversial news.

Talking about his appearance, he has dark hazel eyes with dark brown hair.