Ron Claiborne is an American Journalist for ABC, Good Morning America. Ron is low-key about his romantic life. 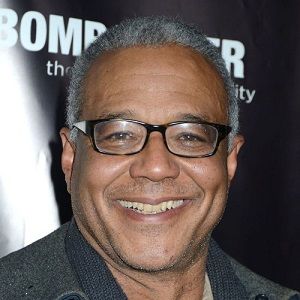 Ron Claiborne is currently single and has not had any relationship in the past. So far, he seems to be enjoying his single life. In addition, he is very secretive about his personal life and has kept it in shades from the public.

And as of now, there are not any rumors about his personal life and affairs. His long single life might suggest he must be in search of ideal women. With not any affairs and relations with the woman, we also can consider the possibility of Claiborne being gay. But we can only be a spectator of his personal life and wait to reveal that information to us.

Who is Ron Claiborne?

Ron Claiborne is an Emmy Awards winning American journalist and newsreader. Currently, he is a correspondent for ABC News and newsreader for Good Morning America. Consequently, these main works have made him famous among the public.

Ronald Eldridge Claiborne was born on August 20, 1953, in San Francisco, California. His father’s name was Earl Claiborne, a Navy shipyard. He passed in September 1995. His mother worked in an informal child daycare service on Percy Street. He is very close to his mother, who is 89 years old currently, however her name is unknown. He has two brothers, whose names are unknown.

He was raised in Oakland and Los Angeles where he spent most of his childhood. Furthermore, he admired his dad a lot and considers him as his hero.

As regards Claiborne’s academic qualifications, he graduated from Yale University with a Bachelor of the Arts in psychology in 1974. In addition, he completed the postgraduate course from Columbia University Graduate School of Journalism in 1975.

Quickly after completing his education, Claiborne started his professional career in 1977. Initially, he started to work as a reporter and editor for United Press International where he worked for around three years.

During Claiborne’s long professional career, he has worked for several television companies and newspapers including, WNYW-TV and New York Daily News. These short-period works made him more qualified and experienced in his reporting and journalism.

In 1985, Claiborne joined the American Broadcast Company. This was the turnaround in his career as he has gained lots of popularity reporting in ABC News and stories of different national and international coverage.

During his work at ABC, he has covered several important topics including, the legalization of gay marriages in Massachusetts, the Yugoslavia conflict in Belgrade, the Boston Catholic Church Scandal, 2008 U.S. Presidential Campaigns, and several others.

And his most notable coverage is the seizure of Elian Gonzalez in Miami.

In 2000, Claiborne was awarded an Emmy Awards for the coverage of seizure of Elian Gonzalez in Miami. This has been his greatest achievement so far in his career.

As regards Claiborne’s salary, there are no concrete details to specify to the public as of now. However, according to the sources, his net worth is estimated to be around $600 thousand.

Claiborne’s unmarried life has aroused some rumors in the past accusing him of having a relationship with his co-anchors but none of them are held true. Other than some false rumors, there are not any controversial topics relating to Claiborne. In addition, there are no rumors about his affairs and personal life as of now.

In reference to Claiborne’s media appearances, he has a height of 6 feet 1 inch. Also, he has gray hair and dark brown eyes. However, many of the trusted domains are unknown to the details regarding his other body measurements like weight and shoe size.