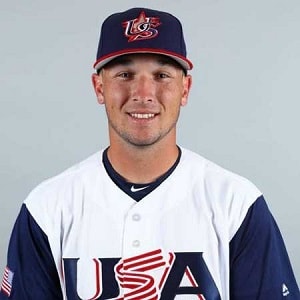 I'm just worried about winning baseball. I'm only worried about what I can do to help the team win. It's about improving in every facet of the game. I think that's everyone's goals. Whatever we can do to help the team win is what we'll do. I think Andy has done a great job of coming in and helping our offense. AD is getting those pitchers ready. Coach Mainieri is going to coach up some wins this year. We are very excited and working on every facet of the game.

I don't think I've changed very much. I think I'm the same kid that I was when I got here. When I came here all I wanted to do was win games. I wanted to play baseball for LSU and be the ultimate team player. That's all I want to do. If we don't end up being the last team to win the game at the end of the year then I won't be happy. That's all I'm worried about this year.

All these freshmen have come in here and worked hard from the beginning. I can't say enough good things about them. They were the No. 1 recruiting class in the country and they're confidant. They know they are the best. That doesn't mean they slack off. They work really hard. Now it's time to go out there and compete.

Alex Bregman is currently in a relationship with Hannah Cormier. She is a dancer for the Los Angeles Clippers. Alex has not revealed much information regarding his current relationship.

Furthermore, there is no information relating to prior relationships that Alex might have been involved in.

Who is Alex Bregman?

Alex was born in Albuquerque, New Mexico on March 30, 1994, to Sam Bregman and Jackie Bregman. They are both lawyers, and he has two younger siblings, Jessica and Anthony.

His father played baseball as a freshman for the University of New Mexico Lobos in 1982. Additionally, Alex’s father became the main inspiration for his baseball career since his childhood years.

He is of American nationality. Furthermore, he has not revealed detailed information regarding his ethnic background as of now,

Alex was coached on travel baseball teams during his high school years at the Albuquerque Academy by Ryan Kellner and Jason Columbus. Additionally, he primarily played catcher.

He led his high school team to a state championship as a freshman playing shortstop in 2009. Furthermore, he successfully batted .678 as a junior in high school and established a season record in New Mexico with 19 home runs.

At LSU, Alex majored in sports administration. In addition, he also played shortstop for the LSU Tigers baseball team in the Southeastern Conference (SEC).

Talking about his professional career, the Houston Astros selected Alex with the second overall selection in the first round of the 2015 MLB Draft.

The Astros purchased Alex contract from the Grizzlies on July 25, 2016. Additionally, he recorded his first major league hit on July 31 against the Detroit Tigers, with a single into center field.

Alex became part of a controversy after he became involved in a Twitter feud with one of his fans. Furthermore, his tweet prior to the start the Lone Star Series also stirred some amount of controversy.

He later apologized for his mistake. Currently, there are no rumors concerning him and his career.

Talking about his body measurement, Alex has a height of 1.82 m. Additionally, he weighs 87 kg. Furthermore, his hair color is black/brown and eye color is hazel.

Alex is partially active in the social media. He has a huge number of followers on social networking sites such as Twitter and Instagram.