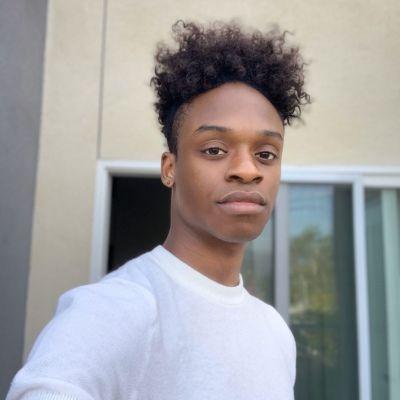 Talking about his sexuality, Austin Crute has openly stated he is gay and played an LGBTQ character in both Booksmart and Daybreak.

Moreover, Curte is still single and he is not dating anyone at the moment.

He has kept his relationship details behind the curtain. Crute has maintained his private details low-key.

Who is Austin Crute?

Austin Crute is a well-recognized American actor, singer, songwriter, as well as producer. Crute is widely famed for his emergence in the Netflix series, Daybreak and the movie, Booksmart.

Also, he has fully self-written and produced his second mixtape, Deutschland.

Austin Crute was born on 24 October 1995. At present, his age is 25 years old. Likewise, his birthplace is Atlanta, Georgia, the USA.

Not much known of his father’s details, Crute’s mother’s name is Lanette Crute. Crute belongs to a religious family. His dad was a senior pastor in Norcross, Georgia.

Talking about his nationality, Austin holds an American identity whereas his ethnicity is African American.

Regarding education, Curte took his high school education from Greater Atlanta Christian School in the year 2014. Moreover, he earned a graduate degree from New York University in the year 2018.

At the time of his high school, Austin was featured in different musical theater productions. He was selected as a finalist for the 2013 National High School Musical Theatre Awards.

The multitalented actor, Austin has featured as ‘Justin Bieber’ in Donald Glover’s Emmy Award-winning TV series named ‘Atlanta’ in the year 2016. He is best famed for his unquestionable talent and thrilling personality. He has always grown his mass of skill and artistry that spreads across music, movie & tv, and musical theater.

Furthermore, Crute has played the role of Alan in the 2019 film, Booksmart and Wesley Fists in the post-apocalyptic Netflix series, Daybreak.

Additionally, he has appeared to portray the role of Lane in ABCs new comedy ‘Call Your Mother’ and also performed the role of Marquise in the final season of Netflix’s Trinkets. He also published his mixtape, the Twenties in the 2020 summer.

Austin Crute has earned decent money from his multiple profession. He has always proved his skill in every platform has played.

It is reported that Austin Crute has an estimated net worth of $ 500 thousand.

Star personality, Austin has never been part of any controversial matter or rumors till now.

It seems that Crute prefers enjoying his personal life and does not want to merge it with his professional life.

25 years old star, Austin has dashing looks as well as an admirable personality. He has also maintained his body weight. Crute has kept his athletic body fit and perfect.

Furthermore, Austin has black eyes as well as his hair is black.

Nevertheless, Crute has never mentioned other physical details in the public yet.

About his social media presence, Austin Crute is an active personality on social media. Austin has more than 86.7 k followers on his official Instagram account @austincrute. He is also active on Twitter with around 5.5 k followers.

Moreover, Crute is also available on Facebook with nearly 1.4 k fans and supporters.