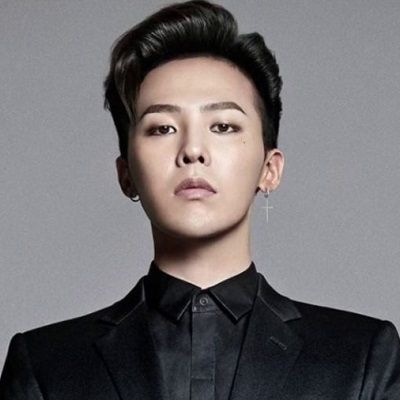 G-Dragon is dating Nana Komatsu. Nana is a Japanese actress and model. The couple started having an affair in 2016 after they did a photoshoot for one of the leading fashion magazines, Nylon Japan.

His favorite pastime is Beatboxing.

His Ig posts suggest that he likes to spend his free time with his pet dog.

South Korean G-Dragon is an award-winning singer, songwriter, record producer, and fashion icon. He is renowned as the king of k-pop.

In 2006, Forbes named him the most influential person under 30 in Asia’s entertainment and sports.

He is also the leader of the hip hop group, Big Bang which became the best-selling boy bands in the world.

G-Dragon was born Kwon Ji-Yong on 18th August 1988, in Seoul to Kwon Young-hwan and Han Gi-ran. They are of Korean ethnicity.

He has an elder sister, Dami Kwon.

At the age of six, he joined the group Little Roo’Ra. Later, he was searched by the SM Entertainment during a ski trip with his family. He trained for 5 years under the same record label.

In 2001, he became the youngest Korean rapper with the hip-hop album, Flex. Later, he was on the group Big Bang which includes T.O.P, Taeyang, and Daesung formed by YG Entertainment. Their first studio album, Bigbang Vol.1 includes his singles This Love, the cover of Maroon 5.

In 2009, his first solo album, Heartbreaker was released. The album landed No.1 in the chart of Mnet and Melon Music Chart. In the December of the year, he staged his first solo concert, Shine a Light at Olympic Gymnastics Arena.

In 2013, he went for his first musical tour. The tour included 8 countries with a total of 27 concerts.

On February 27, 2018, he joined the mandatory military service with the 3rd Infantry Division’s boot camp as an active-duty soldier and set discharged on 26th October 2019.

In 2012, he built the hotel, Pension hotel at Pocheon for his family. His first cafe, Monsant Cafe on Jeju Island was opened on October 20, 2015. Later, in 2017, he opened his second cafe, Untitled.

G-Dragon is the highest-paid celebrity when it comes to endorsement. In 2011, his fee per endorsement is around $1-$1.5 million US. Some endorsement are-

-2016, started endorsing the largest retailer of south Korea, Shinsegae and take 49% of sales in the YG store.

– endorsed the Vapormax shoe, which got instant sell-outs across online stores in South Korea.

Over the years, G-Dragon has become a part of numerous charity events. His last world tour 2013, a booth was erected to denote for building a fishery in Haiti.

Previously, with collaboration with YG Entertainment, he helped to build schools in Nepal. The same year, he and his fan denoted 9.9-ton rice for malnourished children.

On his every birthday, he denoted  ₩81.8 million which is equivalent to $80,000 US. Apart from this, in 2011, his fans donated ₩50 million ($43,400 US) and in 2012, he privately donated to Seoul National University Hospital to help children with diseases get treatment.

He has black eyes with black hair. His height is 5 feet and 10 inches and weighs 57 kg.

Altogether, G-dragon has 20 tattoos in his body-