Ireland Baldwin is an American fashion model and actress. 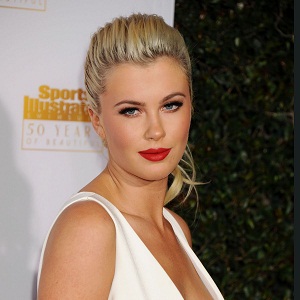 I want to be an inspirational model. I want people to look at me and say, 'Wow, she looks healthy

I have received nasty e-mails, messages on Twitter and ridiculous comments, not only about my size, but my family

Even when I get to the point where I am acting and performing, where I want to be with my career, I'm never going to think of anyone as lower than me. Everyone's the celebrity of their own life, you know?

Who is Ireland Baldwin?

Baldwin was born as Ireland Eliesse Baldwin on October 23, 1995, in Los Angeles, California, USA. His nationality is American and his ethnicity is mixed (English, Irish, German, Northern Irish, Scottish, Canadian, and French).

She is the daughter of actress Kim Basinger and actor Alec Baldwin. Through her father, she is the niece of actors Stephen, Daniel, and William Baldwin and his second marriage, has a younger half-sister, Carmen, and two half-brothers: Rafael and Leonardo.

At age 11 in 2007, she gained recognition in the news after her father, Alec Baldwin, left her an angry voicemail message, which became publicized. He subsequently made a public apology.

Baldwin signed with IMG Models in March 2013. In April 2013, Baldwin made her modeling debut in a swimwear editorial for the New York Post. In May 2013, Baldwin appeared in W Magazine‘s It Trend, It Girl feature. Baldwin was Vanity Fair‘s It Girl in June 2013 and was photographed by Patrick Demarchelier for the issue.

In June 2015, she moved to DT Model Management.

Baldwin made her acting debut in the 2013 film Grudge Match, playing a younger version of Kim Basinger’s character, Sally, in flashback scenes. In 2014, she appeared in Dream Corp LLC, a TV Movie. She played in LOVE Advent, a TV Series short, in 2016. The same year, she appeared in Campus Caller.

Ireland Baldwin: Salary and Net Worth

She has a net worth of $1 million but her salary is not revealed yet.

The rumor that Baldwin and Angel Haze broke up surfaced on the internet. Other than this, there are no many significant rumors and controversies regarding Baldwin.