Jackie Nespral is an American anchor. She tied the knot with her love Dr. Armando Hassun Jr. and is the mother of four kids. 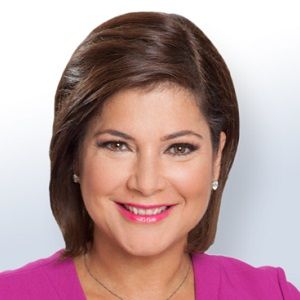 What is the relationship of Jackie Nespral?

Jackie is a married woman. She tied the knot with her love Dr. Armando Hassun Jr. The couple got married after being in a relationship for several months.

Since their marriage, the beautiful married couple has been enjoying their life happily. Together, they also have four children, three daughters Frances, Carolina, and Isabella, and one son named Armandi Jr.

So far, there are no rumors of disputes or divorce between the couple to date. In addition, there are no any rumors of extramarital affairs and boyfriends of her. Currently, she is living happily with her husband.

Who is Jackie Nespral?

Jackie Nespral is an American anchor. Currently, she is working for WTVJ-TV which is the NBC station in Miami.

Furthermore, she has worked as a spokesmodel for Sabado Gigante on Univision and also on The Today Show as a news anchor.

Jackie was born on April 21, 1967, in Miami, Florida, United States. She grew up in the Little Havana area of Miami. From the beginning of her childhood, she had a keen interest in acting and she began to learn it from a very early age.

Talking about her education, Jackie joined St. Brendan High School. She belongs of American nationality but her ethnicity is unknown.

Later, she completed her graduation in psychology and communications from the University of Miami. In addition, she also enrolled at Florida International University and obtained a degree in print and broadcast journalism.

Jackie began her television career on Univision as a spokesmodel for Sabado Gigante. Later, she got a chance to host the final season of Univision’s TV Mujer.

In 1990, Jackie was appointed as an anchor of Univision’s national news show, Noticias y Mas. Moreover, the NBC journalist has also served at the Cuban-American channel, Television Marti as well as Dynamic Cablevision.

Additionally, she began to host NBC’s Today along with Scott Simon. Currently, she is 5 pm, 5.30 pm, 6 pm, and 11 pm for the NBC channel WTVJ-TV in Miami.

Being a successful news anchor, Jackie earns a decent amount of money from his profession. Currently, she has a net worth of $1.7 million as of 2022.

In her beautiful career, Jackie has won several awards such as four Emmy Awards and an Easter Seals award. Furthermore, she has also earned the key to Miami and a Resolution of Tribute from the University of Miami.

Moreover, she has never faced any controversy in her career. It seems she has more focus on her work rather than in other things.

There is not any information regarding her height, weight, shoe size, or dress size.

Furthermore, she has beautiful brown eyes and light brown hair.

Jackie is pretty active on social media. She regularly keeps posting updates and photos on Twitter and Instagram.