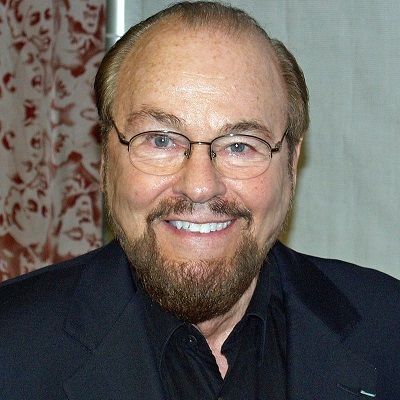 James Lipton was married to model and real estate broker, Kedakai Turner on 7 Nov 1970. The couple was together till James’ demise.

Who was James Lipton?

James Lipton was an American writer, actor, plus lyricist. He is also the dean emeritus of the Actors Studio Drama School Pace University.

He was popular as creator & host of ‘Inside The Actors Studio’.

Lipton died on March 2, 2020, at his home in Manhattan and the cause of his death was bladder cancer. He was 93 years old when he took his last breath.

He was born on September 19, 1926, in Michigan, the US with a birth name Louis James Lipton. His ethnicity is Ashkenazi-Jewish.

He was the only son of Lawrence Lipton (father) a Journalist and beat poet and Betty Weinberg (mother) a teacher. His parents were Russian Jews and they divorced when he was six.

Lipton attended Wayne State University but never completed his studies from there.

James Lipton portrayed DanReid on WXYZ Radio’s ‘The Lone Ranger‘. He left and turned to act to finance his education. He wrote for many soap operas and also acted on ‘The Guiding Light’. Lipton studied modern dance and classical ballet and voice also.

He also choreographed a ballet for the American Ballet Theatre. Lipton appeared in the Broadway play ‘The Autumn Garden‘ in 1951. In the 1953 crime drama, he portrayed a shipping clerk. In 1968, his book ‘An Exaltation of Larks’ was first published and revised several times since then.

Lipton published his novel about dancer’s lives, ‘Mirrors‘ and later produced it as a made-for-television movie. For the genre of television, James produced some two dozen specials.

He appeared on several episodes of Arrested Development in 2004,2005,2013 and 2019. James provided the voice for the director in Disney’s animation film ‘Bolt’. He also appeared twice in the same episode of ‘The Family Guy‘.

In the 1990s, James sought to create a three-year educational program for actors. He arranged for the ‘Actors Studio’ in 1994 and created a project named Inside the Actors Studio.

Lipton stated in interviews that he was a pilot, certified in Airplane single-engine land planes and was also a member of the ‘Aircraft Owners and Pilots Association‘.

In 2002 and 2011, he was also in the two-episodes of The Simpsons. He was the creator and executive producer for President Jimmy Carter’s Inaugural Gala.

Salary And Net Worth

The average salary of James Lipton was $75,000. Meanwhile, according to some sources, his estimated Net Worth in 2020 was $6 Million.

James Lipton was 5 feet 7 inches tall with an average weight. He had light hair and blue pair of eyes.

James was not active in social networking sites.