Kendal Sheppard is an actress and TV personality from America. She is married.

Kendal Sheppard is married to Adam Darnell. Kendal and Adam married on October 15, 2011, in Auburn, Washington after dating for some time.

Although the couple has been married for ten years, their relationship has never appeared to be in jeopardy. When questioned about being married, Kendal gushed about her spouse Adam in an interview with Formation Production in 2019.

The power couple also celebrated their 8th wedding anniversary on October 22, 2019. Kendal shared a photo of herself and her husband on their wedding day on Instagram. Adam, Kendal’s spouse, celebrates his birthday every year on December 5th.

From their marriage, the attractive couple had three sons-  Asa, Graham, and Cooper.

When it comes to previous romances, Kendal had an on-again, off-again relationship with Eric while she was on Road Rules: Campus Crawl. 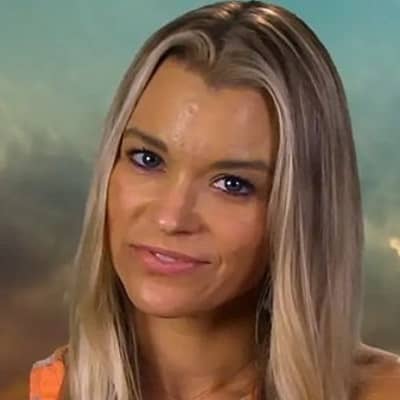 Who is Kendal Sheppard?

Kendal Sheppard is an actress and TV personality from America. As an actress, her well-known works include  ‘One More Round’, ‘Chandler Hall’, and ‘Ed Gein: The Butcher of Plainfield’. Kendal Sheppard has competed in reality shows ‘Road Rules: Campus Crawl’, ‘All Stars’, ‘All Stars 2’, and ‘The Inferno’, the latter of which she won.

Kendal Sheppard was born on April 9, 1980, in the United States of America. As of January 2022, her age is 41. Her father passed away 29 years ago in 1992. Sheppard also has a half-sister named Crystal Thompson and she shares a close bond with her.

Other than that, she has not revealed anything about her siblings and other family members.

Kendal Darnell Sheppard suffers from Ehlers-Danos Syndrome, a genetic illness that affects the body’s connective tissues. Kendal has discoloration on several regions of her face, which is one of the symptoms of EDS that varies from person to person.

Kendal Sheppard dropped out of the tournament ‘The Challenge’ following a difficult fall during a challenge. However, she later revealed that she was not disqualified because of an injury she sustained, but because she tested positive for COVID-19. In a later tweet, she clarified this. She was the only member of the cast who had tested positive for the illness and had to drop out from the competition.

Kendal Sheppard made his television debut in 2002 on Road Rules: Campus Crawl. Later, she went on to win The Inferno in 2004.

Kendal is currently a part of The Challenge All Stars Season 2 as we all know. However, few people are aware that she was also a member of the cast of The Challenge: All-Stars edition’s first season.

Kendal is a Registered Nurse in addition to being a reality TV personality. She spent 8 years as a nurse at St. Francis Hospital before retiring in February 2020. She has three acting credits on Chandler Hall (2005), One More Round (2005), and Ed Gein: The Butcher of Plainfield (2007).

Kendal stands at a height of around 5 feet 4 inches. She has blonde hair and a pair of blue eyes. Sheppard looks fit and active but she has not revealed her weight and exact body measurements.

Talking about her social media profile, Kendal is active on Instagram only where she has over 18k followers. Sheppard is fairly active on her Instagram and is frequently seen posting pictures.

You may also like to read about the Bio, Height, Relationships, Net Worth, and more about Margie Kment, Kent Schaffer, Valkyrae, and more.