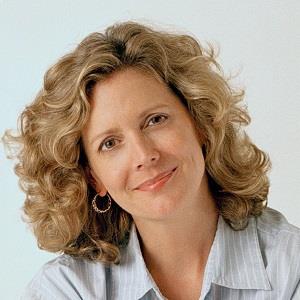 Kristine Sutherland is a married woman. She is married to actor John Pankow since 1986. The pair has one daughter from the marriage. The marriage is going strong as there is no news regarding any extramarital affairs as of now.

Who is Kristine Sutherland?

Kristine Sutherland is an American actress. People mostly know her for her starring role as Buffy Summers’ mother Joyce Summers on the television series ‘Buffy the Vampire Slayer’. Additionally, she also portrayed the role of Mae Thompson in ‘Honey, I Shrunk the Kids’.

Sutherland was born in Boise, Idaho on April 17, 1955, as Kristine Young. She later changed her name because she was often confused with another similarly named actress. Additionally, she became interested in the world of acting since her childhood years and went to an audition in high school as moral support for a friend but ended up auditioning herself. She is of American nationality. Furthermore, there is no detailed information relating to her ethnic background at present.

Talking about her education, Sutherland attended high school in Lexington, Kentucky, where she participated in the Tates Creek Drama program. Later, after graduating, she studied Theatre at the University of Kentucky and The Drama Studio in London.

Sutherland portrayed a role of a secretary in ‘Legal Eagles’. In 1984, she also appeared in ‘Hot Pursuit’ and ‘Remington Steele’. In the year 1986, she appeared in ‘The Art of Being Nick’ and ‘Easy Street’. Since then, she has appeared in numerous other movies and television series. All in all, she has over 15 credits as an actress.

Some other movies and television series that Sutherland has appeared in are ‘Before/During/After’, ‘Russian Doll’, ‘The Following’, ‘The Perfect Wedding’, ‘One Life to Live’, ‘New Amsterdam’, ‘Comanche Moon’, ‘The Cat Returns’, ‘Providence’, ‘California Dreams’, and ‘Honey, I Shrunk the Kids’. She also played the role of The Local Population in Grand Theft Auto V. Additionally, she is a very keen photographer and became a qualified photographer thanks to a college course at the Santa Monica College.

Sutherland has not revealed her current salary. Furthermore, there is no information relating to her estimated net worth at present.

Sutherland has successfully kept her life away from the mainstream media spotlight. Till date, she has not been part of any notable controversies. Additionally, currently, there are no rumors concerning her life and career.

Talking about her body measurement, Sutherland has a height of 5 feet 7 inches (1.7 m). Additionally, her hair color is blonde and eye color is dark brown.

Sutherland is partially active over social media. She has a number of followers on Twitter. However, she does not have her official Instagram and Facebook accounts.