Lee DeWyze at present is a married man and is living happily with his wife. He first got engaged on July 27, 2011, and then exchanged vows with an actress/model Jonna Walsh on 21 July 2012.

The details regarding their wedding and having a child are hidden from the public. 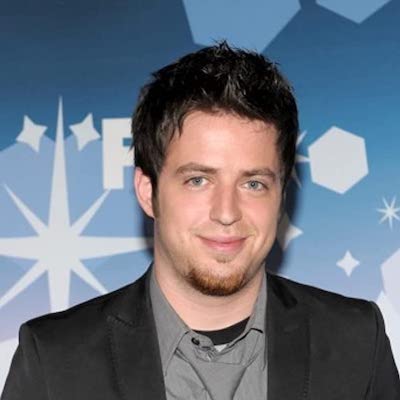 Who is Lee DeWyze?

Lee DeWyze is an American singer and songwriter. Lee DeWyze grabbed the attention after participating as well as winning the American Idol S9.

His released albums Live It Up, Slumberland, and Frames were loved by the listeners. He is an expert in Rock, pop, pop-rock, alternative rock, indie rock, plus folk-rock music genres and knows how to play guitar, drums, piano, and bass.

He has shown his support for charitable organizations like The Heart Foundation, the Global Intellectual Property Center, and Covenant Kids Foundation.

His birthdate is 02 April 1986 and he was born in Mount Prospect, Illinois, the United States as Leon James DeWyze. The name of his mother was Kathleen DeWyze and his father’s identity is Leon DeWyze, Sr. (postal carrier).

Further, Lee DeWyze’s ancestry is a mix of Polish-Irish-Belgian-Danish- English and has a younger brother whose name is Michael DeWyze. He also has two older sisters Shannon DeWyze plus Sarah DeWyze

As per his academics, he was at St. James Catholic Elementary School, and then he went to study at Prospect High School. Due to complaints of him fighting, he was expelled.

After this, he enrolled at Forest View Alternative School but never completed his studies. However, he got his GED later.

Lee DeWyze was with the Lee DeWyze band and gave his fans two albums So I’m Told (2007) and Slumberland (2010). But the real fame he got was from the American Idol, a singing reality show.

He was named the winner of the ninth season. The songs he sang in the show were “With a Little Help from My Friends”, “Kiss from a Rose”, “That’s Life”, “You’re Still the One”, “The Boxer”, etc.

By 2022’s sources, he has an estimated net worth of $500 thousand. However, his yearly salary is not yet stated.

This American Idol winner singer is keeping himself away from scandals as well as rumors.

Lee DeWyze’s height is 5 ft 9 inches and his body weight is in average shape. On top of that, he has dark brown hair and has eyes in grey color too.

Lee DeWyze is officially present on social sites such as Instagram with over 15 thousand followers.