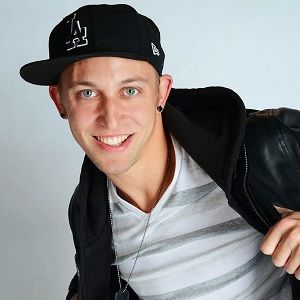 What is the relationship of Matt Steffanina?

He started dating Kaye after calling off his engagement to Dana Alexa. Dana is a dancer and choreographer. The two dated for almost four years and had even got engaged during their relationship in May 2012.

Even, they had also participated and won in The Amazing Race 28. Sadly, their relationship didn’t long last, and called off the engagement in 2016.

Presently, Matt is enjoying his current relationship with his current partner, Destiny Kaye. The two have been dating for nearly three years now since July 2019.

Matt Steffanina is an American dancer, choreographer, and entrepreneur. Moreover, he is also a famous YouTuber who also owned two extremely popular channels MattSteffanina and DanceTutorialsLIVE.

He has more than 11 million subscribers on youtube. He has also featured many singers in various music videos.

Matt Steffanina was born on October 20, 1986, in Virginia, United States. From the very beginning of his life, he started dancing. He began to learn dancing skills in his childhood.

He spent his childhood and grew up in Virginia. Matt is American by Nationality but he hasn’t disclosed his ethnicity. Furthermore, there are no details about his family and early life.

Besides, there are no details about his education.

Matt Steffanina started his dancing career from the very beginning of his life. As a YouTuber, he has posted many videos and earned millions of views as well as subscribers.

He owned two famous youtube channels Matt Steffanina and Dance Tutorials LIVE in which he has been posting popular videos. More than 11 million people have subscribed to his channel on youtube.

Moreover, Matt has also starred alongside Chris Brown in the music video ‘Look At Me Now. Over the years, he has also worked with Snoop Dogg, Lil Wayne, and Busta Rhymes in various music videos. He has been introducing brilliant dance moves throughout his career.

Concerning his earnings, he is earning a very handsome amount of money with his youtube channel. But his net worth is unknown.

So far in his career, he hasn’t won any awards but his skills and hard work will definitely bring her some awards in near future.

Talking about Matt’s fortune, he has an estimated $3 million as of 2022. He initially got fame as a Youtuber.

Besides, he accumulated through his multiple careers as a hip-hop dance choreographer, producer, and DJ.

So far, Matt has established himself as a world-famous dancer as well as YouTuber. He hasn’t dragged in any controversy yet in his career.

Furthermore, he hasn’t been the topic of rumors in the media. It seems like he is fully concentrated on his work and doesn’t want to stuck in any trouble.

Matt Steffanina has a height of 6 ft 1 inch and he weighs 78 kg. He has a perfect physique with great abs. He has blue eyes and light brown hair.

Matt is equally active in social media as in his profession. He has a huge fan following on Instagram with over 3.7 million followers.