Posted on May 24, 2022 | In Entertainment , Health , Interesting Facts
Share this 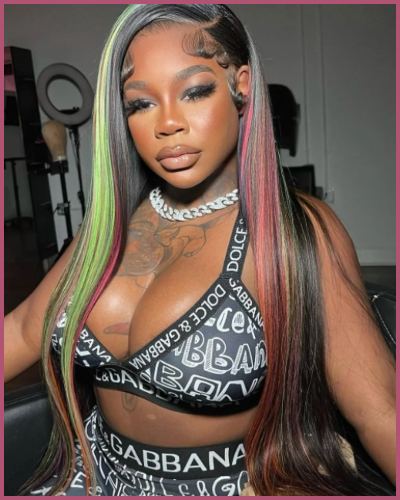 What happened at the Oakland Concert

Sukihana aka Destiny Henderson, 27 lost her teeth in Oakland, California. The main cast member on the VH1 reality series Love & Hip Hop: Miami was involved in the chaos throughout the night.

Sukihana was swindling her wig in the concert while she leave the event without her wig, but she also went home toothless.

Let us tell you what happened Two fans, a woman and a man began wrestling over her wig. Suki began yelling “Who caught the wig?” while the man waved it in the air like a trophy.

Also, Read What is the real name of these celebrities?

Sukihana reacts through an IGTV video about her missing tooth

Sukihana in her active Instagram account @sukihanatrill posted an IGTV video about her disappointment in losing her front teeth screaming,

Her boisterous personality and uncensored opinions are what make her stand out. Likewise, she has uploaded the concert video and clips writing,

“Child it was 95 degrees in there I had to take my wig off but the show still went on.”

Also, Read Former Blueface artist Chrisean Rock Get an Out of State Warrant for Arrest

Summer Walker clowned Sukhiana losing tooth scenario in the TikTok video. She copied the exact vibes of the reality star from her IGTV video.

The video was reuploaded by Suki on her Insta citing,

Sukihana is an American rapper who released a debut mixtape titled Wolf Pussy. She has appeared on the third season of Love & Hip Hop: Miami

Moreover, she made a cameo appearance on August 7, 2020, in American rapper Cardi B’s music video for her single WAP. She got her nickname from an Asian restaurant in the Christiana Mall when someone told her she tasted like Sukihana.

Also, Read ‘Love & Hip Hop Miami’ Star Sukihana Is Engaged! Get To Know More About Her Fiance And Their Relationship!