Posted by MarriedBiography Posted on October 30, 2020 | In controversy , Married , Net Worth
Share this 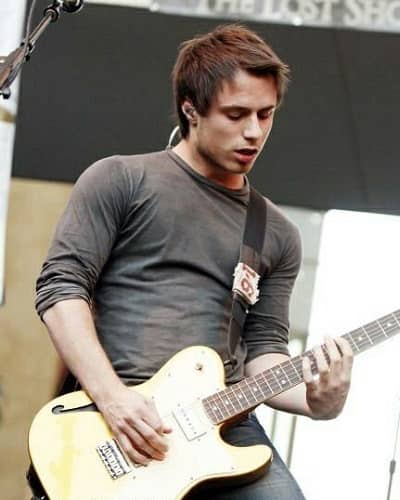 Josh Farro has been accused of making homophobic and offensive posts by Paramore frontwoman Hayley Williams. Josh left the band in the year 2010.

“there’s a reason there are only 3 people left in @paramore, surprise, haters, it ain’t cause of me. paramore do not condone religiously/politically dogmatic beliefs which leave our LGBTQ+ friends, fans, & family feeling abandoned and hopeless.”

“and ya know, if that doesn’t jive with you, well, feel free to go to where all past members of paramore have gone which is literally anywhere else but paramore, to paramore’s LGBTQ+ family (and @ColormeBrian i am talkin straight to you) you are full of love and you are loved.”

However, Williams did not take his name. Josh was anti-LGBTQ+ in the past. There is a screenshot of a Facebook post of him comparing homosexuality with pedophilia.

Josh Farro and Jenna Rice walked down the aisle on 3rd April 2010. Their wedding was planned to be held at Paramore’s Pacific Rim tour but they missed the tour due to the wedding. The entire band attended the wedding and his brother Zac was the best man.

Together they have two children a daughter Basil James Farro born on 28th January 2018 and a son Leon Joseph Farro born on 22nd May 2020. They have happily married as of now.

Josh Farro’s net worth in million?

Josh Farro has an estimated net worth of $5 million as per Celebrity Net Worth. His songs are The Only Exception, Misery Business, Decode, Brick by Boring Brick, That’s What You Get, All I Wanted, Last Hope, Ignorance, My Heart, Playing God, crushcrushcrush, Let The Flames Begin, When It Rains, For a Pessimist, I’m Pretty Optimistic, I Caught Myself and more.

His other songs are Never Let This Go, Conspiracy, Hallelujah, Brighter, All We Know, Fences, Decode, Misguided Ghosts, Looking Up, Where the Lines Overlap, and more. In the year 2018, he listed his 3-bedroom log cabin home named Hidden Hill Cabin on 15 acres at 9184 Hester Beasley Road in southwest Nashville for $1.2 million.

The house featured 4.5 bathrooms, a bonus room above the garage, and an unfinished basement with plumbing. Its master bedroom had a heated tile floor and oversized tub and a fireplace in the living room.

Also read Who is Amanda Humphrey? Know about her failed marriage with Bryan Callen, net worth, social media, biography

Josh Farro is an American singer and songwriter. In addition, he is a guitarist too. He is widely famous as the former lead guitarist and backing vocalist of the rock band Paramore. Currently, he is pursuing his solo career.

At the present time, he is the lead vocalist and guitarist with his solo project, Farro. He is very popular for his debut solo album, Walkways (2016). Read more bio…