Nona Gaye is an actress, singer, model. She has been featured in The Matrix Reloaded and The Matrix Revolutions. Nona a mother of a baby boy from her previous relationship. 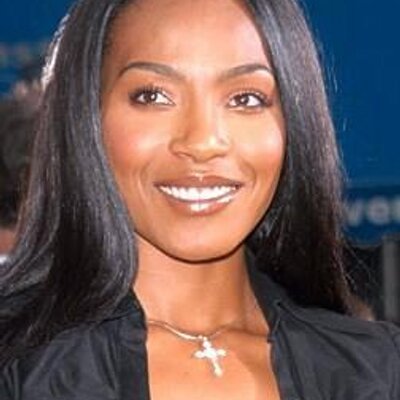 Right now I feel free, free from, honestly, from Pharrell Williams and Robin Thicke's chains and what they tried to keep on us, and the lies that they told.

Previously, Nona Gaye was in a relationship with Justin Martinez. The couple welcomed a child in 1997 and then they decided to separate.

Also, she was in a relationship with the famous singer Prince.

Who is Nona Gaye?

Nona Gaye is known for the role of Zee in the science fiction films, The Matrix Reloaded and The Matrix Revolutions.

Her father is the internationally known singer, Marvin Gaye.

Nona Gaye was born Nona Marvisa Gaye on the 4th of September 1974 in Washington, D.C., the USA to Marvin Gaye and Janis Hunter of African-American, Irish, Greek, and Afro-Cuban origin.

Nona’s father, Marvin Gaye was a famous singer and is also her idol. She has two brothers, Marvin III and Frankie.

They grew up in New York City, Los Angeles, and Ostende, Belgium, where their father had settled for tax reasons.

The marriage between her parents, which lasted from 1977 to 1981, was a troubled one, and both had substance abuse problems. And to make matters worse, on April 1, 1984, her minister-grandfather, Marvin Sr., shot Marvin Gaye twice.

Her first album, Love for the Future, was released in October 1992 by Atlantic Records.

She released a duet, “Love Sign” with Prince, which was released in 1994 on the 1-800-NEW-FUNK compilation album.

Moreover, in 2001, she appeared to re-record and release her father’s single “What’s Going On” for AIDS research.

In 2002, she replaced Aaliyah for the role of Zee, who died in a plane crash shortly after the filming of The Matrix sequels began.

2004, Outstanding Supporting Actress in a Motion Picture: The Matrix Revolutions

Her estimated net worth is around $3 Million USD. As a singer, she earns $62k US per year.

Nona has black hair and her eyes are brown. She has a height of 5 feet and 10 inches and weighs about 57 kg.