Who is Omar Dorsey's Wife?

Omar Dorsey has a beautiful wife named Conisha Wade. They officially tied the knot with each other on November 17, 2012. They are parents to two beautiful daughters.

Among them, Olivia Dorsey is the name of one daughter while the name of another daughter is not revealed yet. Dorsey is living happily with his wife and daughters. 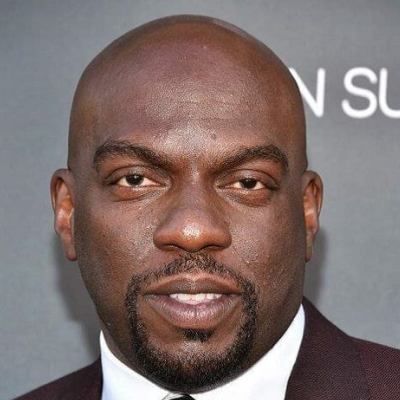 Who is Omar Dorsey?

Omar Dorsey is a famous American actor and model.

He is renowned for his role as Chicken Charlie in the movie titled “Django Unchained” in 2012 and as James Orange in the film “Selma” in 2014.

In 2016, he started to appear as Hollingsworth Desonier in the TV series “Queen Sugar” by Oprah Winfrey Network.

Omar Dorsey was born in Decatur, Georgio, the United States on December 22, 1975. Dorsey is 46 years old as of 2022 and he holds American nationality. His ethnicity is African-American and Capricorn is his birth zodiac sign. Omar J. Dorsey is his full birth name.

Airma Dorsey and  Mao Dorsey were his parents. He has not opened up about his siblings and other details of his parents.

Moving towards his educational background, he went to Davidson Magnet School. Later, he earned a degree in Bachelor of Arts from the University of Georgia.

Omar Dorsey has appeared in many movies and television series over the years.  Some of them include;

The net worth of Omar Dorsey is 1.5 million USD as of 2022. However, his salary and monthly incomes are under review.

Omar Dorsey has not been attached to any rumors and controversies after rising to prominence.

Omar Dorsey has a slim body standing at the height of  6 feet 1 inch tall weighing around 78 Kg. His waist size is 32 inches while his bicep size is 14 inches.

With a brown complexion, he has brown eyes and black color hair. But, at the moment he has a bald head.

Omar Dorsey is present on Twitter with more than 20.8K followers while his Instagram has more than 63.9K followers. Likewise, there is an official Facebook page under his name, Omar Dorsey which has garnered about 5.7K followers.