Sergey Brin is a computer scientist, internet entrepreneur, and philanthropist.

Sergey Brin is no longer a married man. Previously, he was married to the America entrepreneur Anne Wojcicki.

In August 2011, t was announced that Brin and his then-wife were living separately after Brin had become romantically involved with Google Glass’s marketing director.

They divorced in 2015. Since then, he has no confirmed relationships till now. According to the records, Brin is possibly single at the present time. 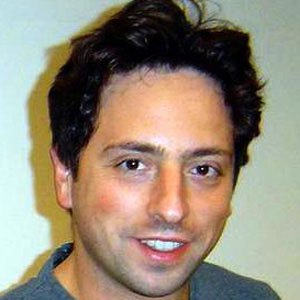 I would like to see anyone be able to achieve their dreams, and that's what this organization does.

Obviously everyone wants to be successful, but I want to be looked back on as being very innovative, very trusted and ethical and ultimately making a big difference in the world.

I feel there's an existential angst among young people. I didn't have that. They see enormous mountains, where I only saw one little hill to climb.

Who is Sergey Brin?

He is best known as the co-founder of Google.

He is the President of Google‘s parent company Alphabet Inc. He is the 12th richest person in the world as of October 2016.

His birth name is Sergey Mikhaylovich Brin. Brin is an American by nationality and is of Jewish Russian ethnicity.

He was born to Russian Jewish parents, Yevgenia(mother) and Mikhail Brin(father).

His father is a mathematics professor at the University of Maryland and his mother is a researcher at NASA‘s Goddard Space Flight Center.

He had a dream of becoming an astronomer as a child.

He attended the Eleanor Roosevelt High School from 1987 to 1990.

After high school graduation, he attended the University of Maryland and graduated with a degree in computer science and mathematics in 1993.

After that, he enrolled at the Stanford University in 1993 as a major in computer science but later dropped to work on a Web Search Engine.

After graduating from the Stanford University, Brin began his career to build a Web Search Engine. He collaborated with Larry Page and founded Google on September 4, 1998.

Since then, he is working on Google. He is also the President of Google’s parent company Alphabet Inc.

Currently, he and Page are trying to help solve the world’s energy and climate problems at Google’s philanthropic arm, Google.org. Brin was also involved in the Google driverless car project.

He is also a supporter of lab-grown meat and kite-energy systems.

Brin, along with Larry Page, was named the MIT Technology Review TR100 as one of the top 100 innovators in the world under the age of 35 in 2002.

In 2003, both Brin and Page received an honorary MBA from IE Business School.

That same year, Brin and Page were both Award Recipients and National Finalists for the EY Entrepreneur of the Year Award.

In 2004, he received the Academy of Achievement’s Golden Plate Award with Larry Page at a ceremony in Chicago, Illinois.

Sergey Brin: Salary and Net Worth

He was rumored to have hooked up with Google Glass’s marketing director in 2011.

There is no other rumor and controversy related t his personal life and professional career as well.

Moving towards his body measurements, he has a good height of 5 feet 8 inches (1.73m) with a body weight 75kg.

He has brown hair color and his eye color is hazel. There is no information about his shoe size and dress size.