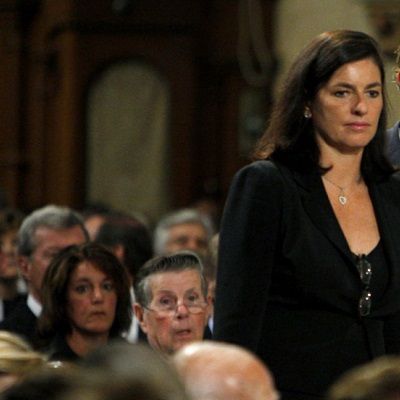 In addition, she was also the stepmother of Robert Francis Kennedy III and Katleen Rose Kennedy. Mary got divorced from her husband Robert in 2010.

Who was Mary Richardson Kennedy?

Mary Richardson Kennedy(October 4, 1959 – May 16, 2012) was an American interior designer, architect, and philanthropist. She assisted in designing eco-friendly, green buildings.

She died at her home after she committed suicide by hanging herself on May 16, 2012. According to some reports, she had antidepressants in her blood system.

This architect was born on October 4, 1959, in New Jersey, America. Her birth name is Mary Kathleen Richardson.

Her father John F. Richardson was an attorney and professor and mother Nancy Higgins is a public school English teacher. She belongs to Anglo Saxon ethnicity.

She has four sisters and two brothers.

Mary attended ‘The Putney School’. She was in college with Kerry Kennedy and served as her maid of honor at her wedding in 1990. Richardson graduated from Brown University.

She studied architectural design at the Rhode Island School of Design.

Mary Richardson Kennedy worked as an architectural designer for the design firm ‘Parrish Hadley’. Her work got the certificate through the ‘Leadership in Energy and Environmental Design’ program. Afterward, Mary co-founded the Food Allergy Initiative in 1998.

Later on, it became the largest private fund for food allergy research in the US.

Mary was a proponent of Green Building known as the sustainable building which is environmentally responsible and resource-efficient.

The average salary of Richardson was $80,000. Meanwhile, according to some sources, her estimated net worth was $2 million.

Richardson once got arrested on the charge for driving under the influence. She struggled with alcoholism and substance abuse.

Moreover, her legal separation from her husband in 2010 became the highlight of news. Afterward, her suicide also received national media attention in 2012.

Mary Richardson Kennedy had a decent height equivalent to her weight. Likely, she had green eyes and black hair.

Mary was not active on social networking sites.