Tamara Wall is an English actress and theater artist. She is currently in a relationship.

Tamara Wall is already taken. She is engaged to her boyfriend Gareth Jones Biohacker.

Gareth is an entrepreneur who is a founder of Genius Coffee, Game ONN & Dream ONN. In 2018, Gareth proposed to her in Ibiza when they were on holiday. The couple often shared their pictures on their respective social media sites.

According to the source, she is married in 2013 but divorced in 2015. However, her former husband’s identity is unknown. 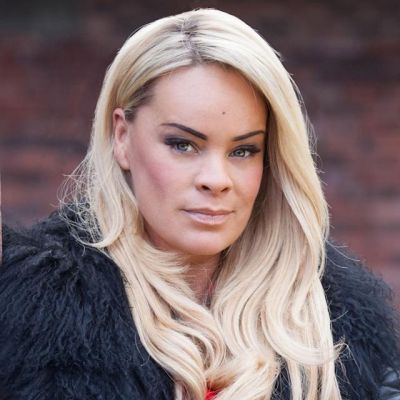 Who is Tamara Wall?

Tamara Wall is an English actress and theater artist. She is popular for her starring role in a London stage production of Legally Blonde.

She is presently portraying the villainous Grace Black in the British soap opera, Hollyoaks aired on Channel 4.

The actress prefers to keep a low-key profile. She hasn’t disclosed her parents and early life details in the media. Her academic background is also under the curtains.

Further, she holds a British nationality whereas her ethnicity is unknown.

Tamara began her career as a theater artist and has performed in the West End production of Legally Blonde as Brooke Wyndham. She played the role of Karen in the musical Viva Forever!. In 2000, Tamara made an appearance in a Tv film, Cinderella where she was cast as a dancer.

Wall then made a guest-starred as Martina Quinn in the soap opera, EastEnders in 2011. The following year, she appeared in an episode “Alfie” of One Night where she portrayed the role of Sandra. Similarly, she appeared in series like The Crystal Maze (2017) and Hollyoaks Later (2020).

Tamara stays miles away from such controversial acts that create headlines in the media. She has managed to maintain a clean profile to date.

Tamara is living a luxurious life. She has earned an impressive amount of wealth throughout her successful career.

However, her precise net worth, salary, and other earning are still under review.

The actress has a well-maintained body physique. She has a fair complexion with a hazel pair of eyes. Likewise, she has blonde hair color.

Her height, weight, and other body measurement aren’t available in the media.

The actress has a verified Twitter account where she has more than 93.7k followers. She is active on Instagram under the username @tamarawall13 with over 286k followers.