Updated On January 26, 2023 | Published By: Gracie Hale | In Dating , Divorce , Relationship
Share this 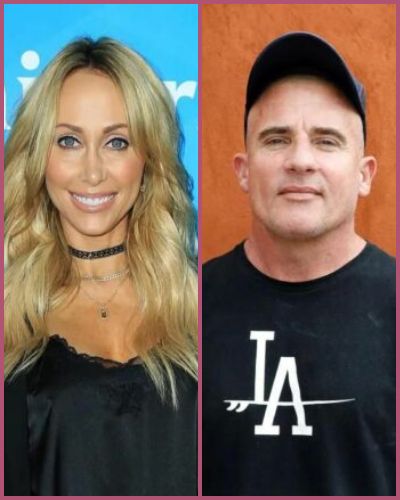 Tish Cyrus appears to have made her relationship status public following her divorce from her ex-husband Billy Ray Cyrus.

The image shows the back view of the couple embracing while sitting poolside. Similarly, she simply wrote over the picture, “Thanks for the cute photo @vijatm,” along with a red heart emoji and tagged Purcell.

Also read Tish Cyrus opens about her marriage to Billy Ray Cyrus:We’ve publicly gone through stuff and made it work

She later posted the quote noting, “In God’s perfect timing, everything will turn out right!” Tish then added her thoughts, penning down,

“Sometimes that’s hard to believe but it is so TRUE.”

A brief about Tish Cyrus and Billy Ray Cyrus’s divorce

Tish Cyrus and Billy Ray Cyrus have been together for nearly 30 years. The now-estranged couple shared five children together Trace, 33, Braison, 27, Brandi, 34, Miley, 29, and Noah, 22.

They filed for divorce for the third time prior to that; Billy first filed for divorce in 2010 and then Tish filed in 2013. However, both times the couple reconciled. According to court documents, she was filing due to irreconcilable differences about the latest divorce.

Also, Tish said in documents that she and Billy have not lived together in over two years.

Who is Dominic Purcell?

Dominic Purcell is a talented British-Australian actor and producer, famous for his role as Lincoln Burrows in Fox’s television drama series Prison Break.

He is also widely recognized for his role as Heat Wave (Mick Rory) in Legends of Tomorrow (2016). See more…

Tish Cyrus is a producer and an actress. She is one of the most talented actresses in Hollywood. She is known for The Last Song in 2010, LOL in 2012, and So Undercover in 2012. See more…