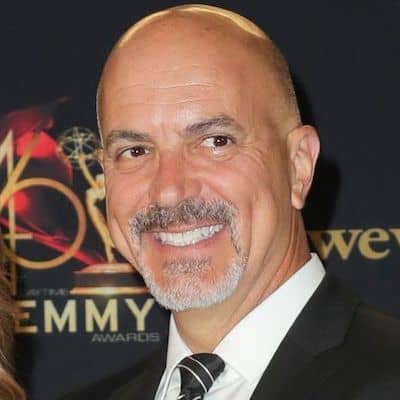 Tom Vitale’s relationship status at present is married. For the second time, he married Valerie Bertinelli on 01 Jan 2011 but their wedding took place in Malibu, California.

His wife is an actress and on her special day, she wore a custom-made dress by designer David Meister. This couple met each other in 2004 and they shared the ring in 2010.

Who is Tom’s first wife?

Before Valerie, Tom was married to Sharon. Their wedding details are unknown but together they had four children.

Their daughters are Andie Vitale, & Angela Vitale, and their sons are Dominic Vitale, & Tony Vitale. However, Tom and Sharon are not together as they are divorced.

Who is Tom Vitale?

Tom Vitale is an American financial planner and entrepreneur. He is currently with a company called Veebow as its CEO.

But he is mostly known for being the life partner of an actress and TV personality, Valerie Bertinelli. She won Golden Globe Awards in 1982 for One Day at a Time (TV series).

He was born on 15 Aug 1963 in California, the United States. The name of his mother and his father is unknown.

Tom’s ancestry is Caucasian and has a brother named David. Talking about his academics, he passed out from high school and Williams College.

Tom Vitale was with VIACOM which he joined in 1989. He was appointed as program acquisition but left the job. Then he worked with NBC as Executive vice-president.

As of now, he is serving as CEO for VeeBow. It is an E-commerce and founded by himself. In it, products are ordered online and later delivered to the customers.

At present, he collected a net worth of around $5 million (estimated). However, his salary and other earnings are unknown.

His wife has assets of $20 million.

This businessman is keeping himself away from rumors and desperate scandals.

Regarding Tom Vitale’s body features, his height is 5 ft 8 inches and his body weight is 62 kg.

Moreover, his eyes are brown and his hair color was dark brown and it is turned into grey color.