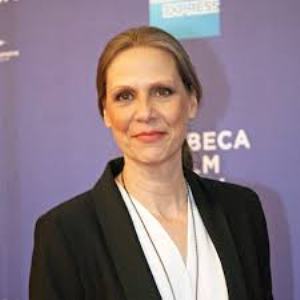 Amy Morton, the talented American actress is currently tied in the marital relationship with Rob Milburn and is leading a happy life together. They seem very happy and there are no any signs of divorce in the fore coming days but, this couple does not have any children. Talking about the past relationship of Amy Morton, she is trying her best to make her professional and love life away from media and any other celebrity relevant news portals.

Who is Amy Morton?

Amy Morton is an American actress best known for her work in theater and for her acting in some of the movies including ‘Up in the Air (2009)’, ‘8MM (1999)’ and ‘Chicago P.D. (2014)’. She is currently working for Television series ‘Chicago P.D.’ as Sergeant Trudy Platt.

Born in Illinois, United States of America, Amy Morton was raised in Illinois with her family along with her brother Bruce Morton. She lost her brother due to severe Pancreatitis when he was in his 40s.

From the very early age of life, she was interested in acting and joined Triton College and Clarke University to pursue a degree related to acting. Before joining Triton College and Clarke University, she used to study in ‘Oak Park and River Forest High School’ in Oak Park, Illinois. Due to her priority in pragmatic knowledge rather than theoretical knowledge and other unknown reasons, she did not graduate from that university making her involved in some participation relevant to the acting sector. There is no any further information about Amy Morton relevant to her early life and her educational background along with her parent’s name.

Amy Morton is an actress having the high salary for work in any movies or Television series. She made her this capable from her excellent work in Theatre ‘Steppenwolf Theater’ releasing some exceptionally well Stage Production including Clybourne Park, American Buffalo, Dublin Carol, The Pillowman, Love-Lies-Bleeding and Awake and Sing. As a debut actress in Feature Film in 1992 Comedy movie ‘Straight Talk’, she made some other opportunities available including her lead role as a mother in the movie ‘Rookie of the Year’ earning more than $56 million worldwide. Her next films were ‘8mm’, ‘Up in the Air’, ‘Dilemma’, ‘Bluebird’ and, her television shows were Crime Story, The Equalizer, ER, Private Practice, and Homeland. She has a long list of Awards that she received due to her extraordinary talent in theater arts. She achieved ‘Tony Award for the best actress’ twice, ‘Drama Desk Award’ twice, and other awards including Joseph Jefferson Award and Helen Hayes Award.

Currently, there is no any rumor that surrounds the personal life of Amy Morton. Apart from the fact that celebrities are always somewhere near the freshly rumored headlines, Amy Morton is very successful to make her life private and away from these sorts of controversial news.

Amy Morton’s height and weight details are not available. Her hair is light brown and eyes color is also light brown.

Tags : 8MM Actress Chicago P.D. Director Up in the air