Anna Shaffer is an English actress of 'Hollyoaks', 'Harry Potter', 'The Witcher', etc. She is currently in a relationship.

Anna Shaffer is currently in a relationship. She is dating a man named Jimmy Stephenson. The couple started dating in July 2015 and now have been together for more than 4 years. They feature on each other’s social media posts regularly and are very much in love. 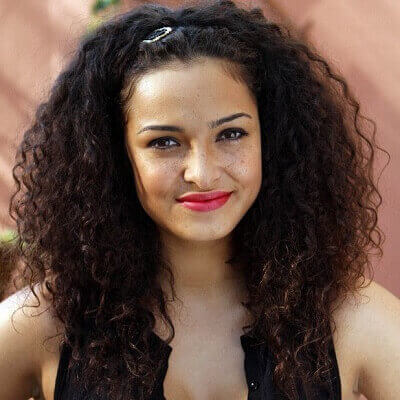 Who is Anna Shaffer?

Anna Shaffer is an English actress. She is best known for her works in ‘Hollyoaks’, ‘Harry Potter’, ‘The Witcher’, etc.

Anna Shaffer was born on 15 March 1992, in London, England. As of 2020, her age is 28. Her mother’s name is Maggie Barth but there is no information about the identity of her father. He does feature regularly on her social media accounts. She also has a sibling, a younger brother named Josh Shaffer.

She spent her childhood days in London, England. Her ethnicity is English.

Talking about her educational background, Anna attended secondary school at Highgate Wood School in Haringey, London, which specializes in Arts from Year 7 to Year 11. Following that, she moved to Camden School For Girls to complete her education in the 6th form in both years, 12 and 13.

In 2010, she joined the cast of the soap opera, ‘Hollyoaks’ as Ruby. Her character was the sister of Duncan Button. Her on-screen debut as Ruby came in the episode broadcast on 3 January 2011. In May 2011, there were rumors that she would be leaving the soap opera, which was denied. She featured in the series for a few more years. In October 2013, she revealed that she would be leaving Hollyoaks in the new year in a Digital Spy interview. In 2014, she left Hollyoaks but she did have a brief comeback in November 2017 and April 2018.

In December 2019, she appeared as Triss Merigold in the Netflix series, The Witcher starring Henry Cavill, Freya Allan, and Anya Chalotra. The first season, consisting of eight episodes, was released on December 20, 2019. Her character, Triss is a sorceress and one of the important characters of the Witcher saga. The show became one of the best shows ever by Netflix and was received well by the critics.

How much is Anna Shaffer worth?

Anna Shaffer has an estimated won’t worth of around $2 million as of 2022. She has featured in one of the most popular movie series of all time, Harry Potter, and also one of Netflix’s most popular shows of all time, The Witcher. There is no information about her salary. On average, an actress earns around $40k a year.

Shaffer stands at a height of around 5 feet 7 inches. She weighs around 61 kg. She also has an attractive body figure with the measurements, 34-26-34 inches for breasts, waist, and hips. Her dress size is 2 (US) and her bra size is 32 B. Her hair color is brown and similarly, her eye color is also dark brown.

Anna has not been involved in any controversies. She has been able to keep herself away from any type of controversy and scandal. So far, she has not done anything controversial in her career. Similarly, there are no rumors about her of any kind.

You may also like to read the Bio, Career, Body Measurements, Net Worth, Social Media, Relationships, and more about Henry Cavill, Slade Smiley, Nick Cordero, and more.