Caron Bernstein is also a model who was discovered by photographer Patsy Dunn.

Caron Bernstein at present is a married woman and is living happily with her family. She exchanged vows for the second time with Andrew Schupak on 17 July 2009.

Together this couple is the parents of a child. Caron gave birth to her son Jett Peter Schupak at the age of 39 on March 19, 2010.

Prior to Andrew, she wedded Richard Kruspe on 29 October 1999. Her ex-husband is a musician plus guitarist who is with the band Rammstein. Their union lasted for a short time as they divorced after five years in 2004. 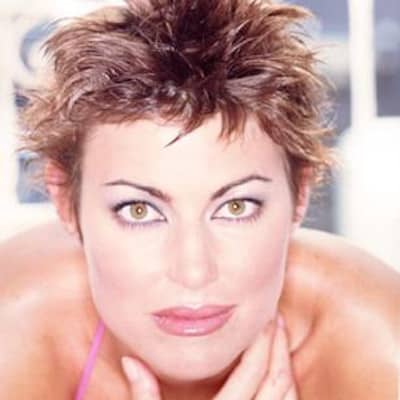 Who is Caron Bernstein?

Her birthdate is 16 Aug but her birth year is 1970 and she was born in Johannesburg, South Africa. The name of her mother with her father’s name is unknown.

Further, Caron’s ancestry is not found and as per her academics, she did her painting major at the School of the Arts situated in her birthplace.

Caron Bernstein at the age of only 14 was signed by the Ford Models. She then was seen in various runway shows as well as featured in magazines. But when she turned 23, her focus shifted to music, and did three records deal with a music label company.

Her interest as an artist is also very impressive. She mostly paints darker subjects, like victims of suicide, anorexia, and alopecia.

By the reports of 2022, Caron Bernstein has an estimated net worth of $5oo thousand which she collected from her work.

This cast of Red Shoe Diaries (TV Series) is keeping herself away from scandals along with desperate rumors.

Caron Bernstein’s height is 5 ft 8 inches and her body weight is average. Furthermore, she has light brown hair and her beautiful eyes are brown in color.