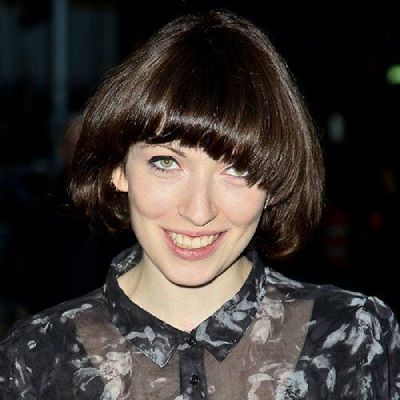 You can disappear inside of yourself and become an empty shell with depression in mind. It's that feeling of being invisible. Sometimes when I wake up I don't feel like my head is attached to my body - there's nothing

I don't know what happens when you die. I've never been dead. I'm just interested

Everything is super personal. Basically all of the songs are 'this is my life and what I feel about it.' That's how my brain works and thinks about things. It's really strange because I never really think about what I want to write about - it sort of just comes out. I literally say whatever is in my brain.

Elena was in a relationship with Swiss-born guitarist Igor Haefeli. He was also part of her band the “Daughter”. They dated for about a year or 2 and broke up just before the release of their 2013 debut album If You Leave.

Currently, she seems to be single.

Who is Elena Tonra?

Elena Tonra is a British singer who is from the band the ‘Daughter’. The band was formed in 2010 and led by Elena. They have released four EPs and three albums and are currently signed with Glassnote and 4AD. She even recorded a UK top twenty albums titled If You Leave, as well as singles such as ‘Youth,’ ‘Smother,’ and ‘Human.’

Elena was born on January 15, 1990, in Northwood, London on Monday. She holds British nationality and her ethnicity is Irish. Tonra is now 29 years old and her horoscope is Capricorn.

About Elena’s parents, her father is from Ireland and her mom is from Italy, apart from that information about her mom and dad are still not mentioned in any sources or media. However, she grew up with her older brother named Kieran.

She got into music through her grandfather from an early age. Her interest in music began when she received a copy of the album Grace by Jeff Buckley from her grandfather. She began her career in music, performing acoustic shows under her name around London. She then formed a band in 2010 after the addition of Swiss-born guitarist Igor Haefeli and drummer Remi Aguilella from France.

Elena and her band ‘Daughter’ released their debut EP ‘His Young Heart’, on 20 April 2011. On October 2nd of the following year, they released another EP, ‘The Wild Youth’  through artist-led Communion Records, the British website praised For Folk’s Sake. They were also invited to perform a Maida Vale Session for BBC Radio 1’s Dj Huw Stephens’s show.

Later on, In 2012 Daughter announced their signing to UK label 4AD.  In October of that year their first single proper, ‘Smother’, was released. It was playlisted by both BBC Radio 1 and 6Music while being awarded Single of the Week Huw Stephens. And then the band appeared on the David Letterman Show before the release of the record on December 2012.

Their debut album was ‘If you leave’ which was released in March 2013, Charting at Number 16 in the UK and winning Independent Album of the Year at the 2013 AIM Independent Music Awards. After that ‘Not to Disappear’ was released on 30 September 2015. That was their second band album, which consisted of the 10-tracks.

Daughter released their third album, Music From Before the Storm on On 1 September 2017 which was used as the soundtrack of 2017 video game Life Is Strange: Before the Storm.

Although she and her band haven’t won awards her band’s song ‘Youth’ was played in an advertisement for the Tour de France on ITV4, as well as in a commercial by Norwegian airline company Widerøe. It was also featured in various films and TV shows, like Lovesick, A Long Way Down, Grey’s Anatomy, Cold Feet, Our Girl, Forever, Skins, Arrow, The Gifted, Cuffs and After Life, etc.

Not only that even her other songs like Torch, Home, and Smother are used for many hit tv series as well as movies.

Tonra is a successful Folk Singer. According to sources, her estimated net worth is $100K-$1M (Approx.) Tonra’s primary source of income is singing