According to resources, Evan Mock is currently single and is not dating anyone. He seems to be very secretive about his personal life and relations.

Though, it was revealed by the actor in an interview that he was crestfallen by his ex-girlfriend. But he did not disclose her name and other details. 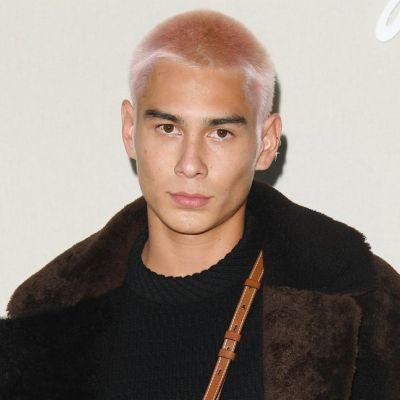 Source - The Arts of Entertainment

Who is Evan Mock?

Evan Mock is an American actor, model, surfer, and skateboarder. Evan Mock came to the spotlight after being cast as ‘Aki Menzies’ in the series “Gossip Girls”.

Evan Mock was born in Waimea Bay on Oahu in Hawaii, United States in the year April 8, 1997.

As per astrologers, his birth zodiac sign is Aries. He is a Christian whereas his nationality is American. Currently, he is 24 years old.

Talking about his family background, his father owns a surfboard fin maker company. His father is an American while his mother is Filipino so, he belongs to mixed ethnicity.

Having one elder sister and a younger brother, he is the middle child. Alan Spencer is his sister who is a photographer.

Moving towards his educational background, he was taught everything in the house itself so, he was homeschooled since his childhood.  When he was 12, he started skateboarding but used to do surfing before that.

So, he wanted to be a professional surfer and skater since then. The singer Frank Ocean shared his skateboarding video on Instagram which gave him sudden fame.

Mock was featured in fashion shows for various known brands like Louis Vuitton and 1017 Alyx 9SM.  In 2019, He started a clothing line called Sorry in Advance.

Then, he was featured in advertisements for fragrances by the retailer the Aldo Group and designer Paco Rabanne. In the same year, Even he begins a modeling campaign for a clothing collection by fashion designer Giuseppe Zanotti.

He launched a collection with the company RVCA in June 2021. His debut teen drama television show Gossip Girl was launched on HBO Max in July 2021 in which he was cast as a school student Akeno “Aki” Menzies.

The producer of this series Joshua Safran created the part for him to play.

The model Evan’s net worth is estimated to be around 2.3 million USD as of 2022. His salary is expected to be around 8,00,000 per year. He has endorsement deals with various brands like Dior, Louis, Vuitton, and so on.

Mock is very secretive about his life. So, he is not much involved in any rumors and controversies yet. Though, after receiving troll comments about his act in Gossip Girl, he disabled the comment section of his Instagram account.

Additionally, talking about body measurements, HBO Max’s Gossip Girl actor has an athletic body with 5 feet 10 inches in height. Evan weighs around 70 Kg. With a fair complexion, his face is rectangular shaped.

He has a couple of brown eyes and hair of light brown color. However,  he keeps changing his hair colors like pink, green, ash, etc. Similarly, the actor loves to ink his body. So, he has various tattoos on his right shoulder, arm, and thigh.