Hayden Summerall is a young American pop singer. He is an emerging pop singer, rapper, and actor

Hayden Summerall is now in a relationship. He is dating a girl named Tegan Marie. This news was confirmed by him via a YouTube video. 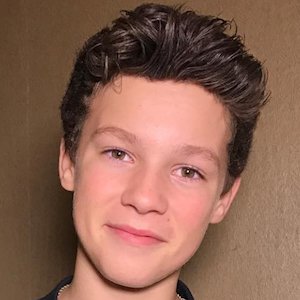 Who is Hayden Summerall?

Hayden Summerall is a young American pop singer. He is an emerging pop singer, rapper, and actor. He is also known for the younger brother of an actor Dylan Summerall.

Hayden is one of the 4 Summerall brothers. He is very popular on social media and has over 2.7 million followers on Instagram.

His mother’s name is Tisha Summerall. There is no other information about his father. He has three brothers named Dylan Summerall, Jimmy Summerall, and Hunter Summerall.

His all brothers are also actors. He spent his childhood in Dallas, Texas, and later moved to Los Angeles. He is an American by nationality but his ethnicity and academics are undisclosed.

Hayden Summerall began singing from a young age and has been active in YouTube posting several cover songs. He participated in a meet and greet called Winter Lights 2 in Phoenix, Arizona in December of 2014.

He rose to wide fame when he posted the cover of Jake Miller’s Goodbye in late 2015.

This actor also appeared in movies and TV shows like Chicken girls: The Movie, To the Beat! Back 2 School, and Next Level.

Currently, there are no desperate rumors regarding his personal and professional life. It seems he is doing the best job without harming others for which he hasn’t been a part of controversy yet.

He is loved by everyone for his work and charming looks. Also, he is so young to be a part of rumors and controversies.

Hayden Summerall has a height of 5 feet 6 inches with a bodyweight of 45 kg. He has dark brown hair color and his eye color brown.