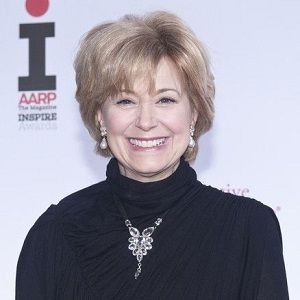 What I've discovered is that my kids weren't watching the 'Today' show... they watch 'Gumby' and 'Bugs Bunny

I spent an awful lot of my life underestimating myself and, as a result, not exceeding my own expectations

New Yorkers, by reputation, are fast-talking, assertive and easily annoyed

I fit right in.

Jane Pauley is a married woman. She tied the knot with cartoonist and inventor of Doonesbury, Garry Trudeau on June 14, 1980.

Who is Jane Pauley?

Jane Pauley is an American TV journalist and writer. She has hosted many popular shows such as NBC’s The Today Show, Real Life with Jane Pauley, NBC Nightly News, Dateline NBC, and The Jane Pauley Show.

Jane Pauley was born on October 31, 1950, in Indianapolis, Indiana, United States. She is the second child of Richard Pauley and Mary Pauley. During her childhood, her sister Ann was her idol as well as a best friend.

From the beginning of her childhood, she was extraordinary in the study. Furthermore, Jane has also won the Girls’ Extemporaneous Speaking division of the National Forensic League in Indiana.

Jane Pauley began her career as a reporter at then-CBS affiliate WISH-TV in Indianapolis in 1972. During her time at WISH-TV, he got a huge appreciation from the news director Lee Giles. In 1975, she moved to NBC affiliate WMAQ-TV to join veteran anchor Floyd Kalber. At that time, she also became Chicago’s first woman co-anchor on a major evening newscast. After making her NBC debut, Jane debuted on the Today show replacing Barbara Walters.

In 1976, she started to host the Today show with Tom Brokaw until 1981. Furthermore, Jane co-hosted the show along with Bryant Gumbel from January 4, 1982. Moreover, she also hosted the Sunday edition of NBC Nightly News from 1980 to 1982. As she decided to leave Today, she received thousands of letters.

In 1990, Jane co-hosted the 42nd Primetime Emmy Awards, along with Candice Bergen and Jay Leno. After launching of NBC’s Dateline, Jane co-anchored the show from 1992 to 2003 along with Stone Phillips. Soon after leaving the Dateline, the veteran NBC’s anchor launched The Jane Pauley Show in 2004. In the same year, she also began another show named, Skywriting: A Life Out of the Blue, in which she announced her diagnosis of bipolar disorder.

In March 2009, Jane made a comeback to the Today show. Since April 27, 2014, she also began to contribute to CBS Sunday Morning, as a correspondent and occasional substitute host. Later, she became the host of CBS Sunday Morning soon after the retirement of Charles Osgood.

Being the veteran anchor of the popular shows, Jane bags a massive amount of money from her profession. Currently, she has a net worth of $40 million. Jane is entitled to an annual salary of $1.2 million

Jane has won numerous awards and honors in her professional career. As of now, she has owned several Emmy Awards and  Walter Cronkite Award for Excellence in Journalism. Furthermore, she has also received the Radio and Television News Directors Association’s Paul White Award for Lifetime Contribution to Electronic Journalism.

Moreover, Jane has also earned the first international Matrix Award from the Association for Women in Communications and much more.

So far, there are not any drastic rumors regarding her personal and professional life. Moreover, she has never been in any controversy to date.

Jane Pauley has a height of 5 ft 3 inches and her weight 57kg. Furthermore, she has beautiful blue eyes and light brown hair. Her body measurement is 33-24-35.